Dubstep Gun is a weapon in Saints Row IV.

It's a party in a gun! Make the world dance to your beat and fear the power of your wubs!

The Dubstep Gun, is a unique and powerful weapon. It fires long-range pulses of energy to the beat of an electronic song, the song being determined by the Costume selected for the gun. It has no ammo reserve, instead relying on a charge percentage that regenerates over time. It also needs to charge up briefly when firing. 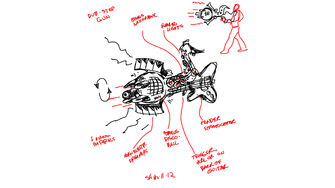 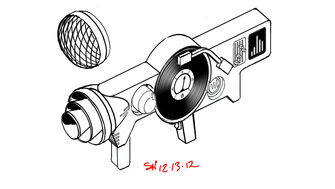 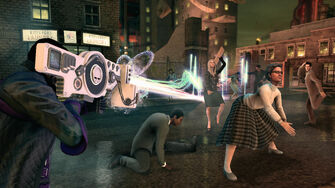 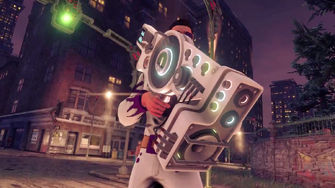 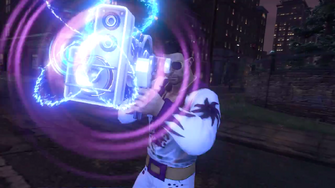 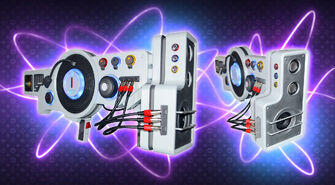 Promotional image of the Dubstep Gun 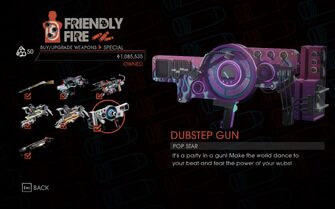 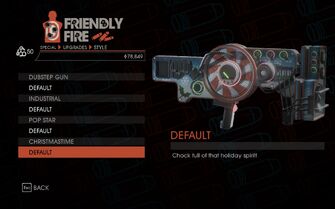 Christmastime skin from How the Saints Save Christmas DLC 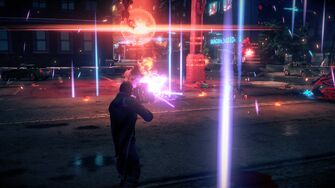 Out of charge message

This article contains no references. See Help:Cite.
Retrieved from "https://saintsrow.fandom.com/wiki/Dubstep_Gun?oldid=415837"
Community content is available under CC-BY-SA unless otherwise noted.