Dual Samurai Swords are a weapon in Saints Row 2.

Jyunichi uses a unique "Dual Samurai Swords" weapon.[1] While this weapon is not normally used by Playa, they are obtainable.

They look like a single Samurai Sword on the ground, but the on-screen text prompts to swap the current weapon for "Dual Samurai Swords". A second Samurai Sword cannot be picked up in the same manner as dual pistols, they can only be picked them up as a pair, as it is a unique weapon.

As they are not designed to be used outside of the "Kanto Connection" mission, the attack animation is not loaded normally, so the Playa cannot attack. When the Attack button is pressed, Playa defaults to a static pose and appear to be gliding across the ground. This effect also happens with the Geiger Counter.

Playa can use the weapon within the "Kanto Connection" mission. There is no time limit to reach Kanto, which allows free roaming around the city with Dual Samurai Swords in a mission replay.

The single Samurai Sword is a forced weapon after arriving at Kanto, so they cannot be used in the fight with Jyunichi without using cheats.

To use them against Jyunichi, use the Pimp Slap cheat after being given the single Samurai Sword. This causes the blade to change into Dual Samurai Swords. All of Jyunichi's attacks are available, making it an easier fight. 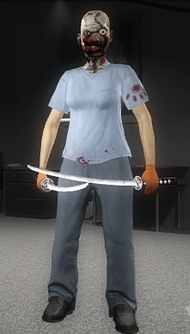 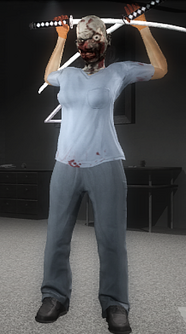 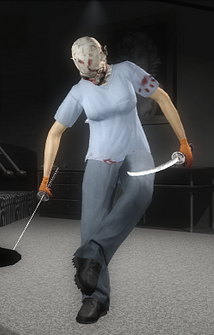 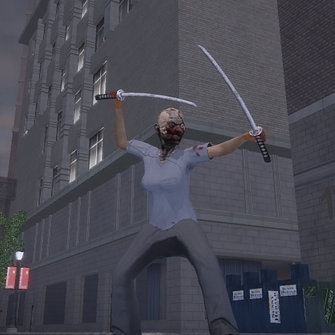 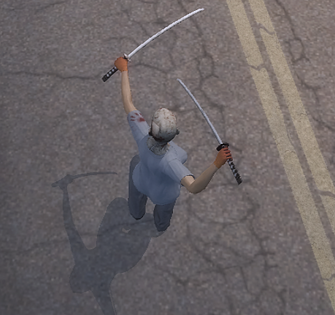 Dual Samurai Swords from above being held high 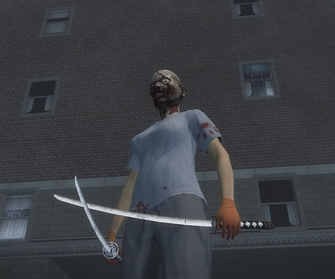 Dual Samurai Swords from below 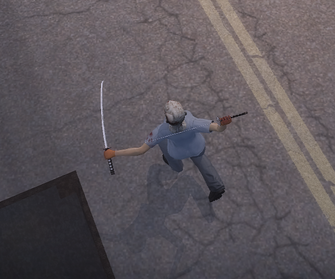 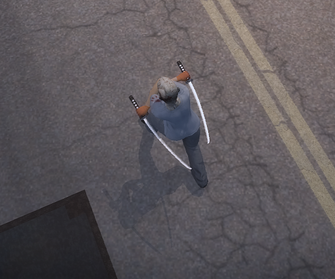 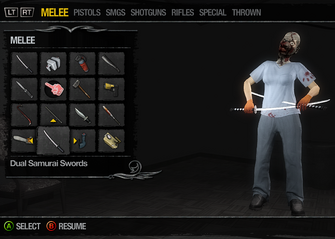 The icon is the same as a regular Samurai Sword 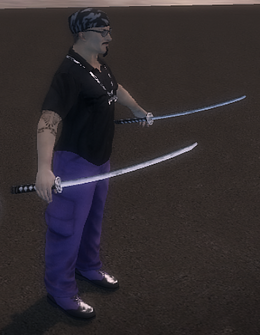 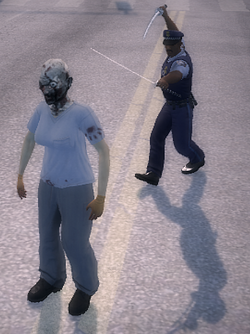 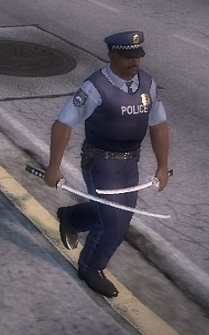 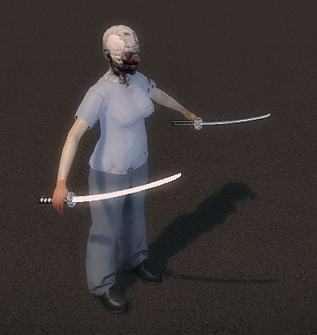 Playa attacking outside of Kanto Connection 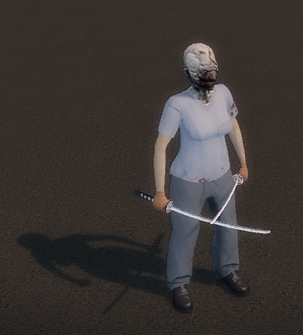 This article contains no references. See Help:Cite.
Retrieved from "https://saintsrow.fandom.com/wiki/Dual_Samurai_Swords?oldid=421493"
Community content is available under CC-BY-SA unless otherwise noted.