"Down Payment" is the third mission in Saints Row 2.

Johnny Gat calls Playa and tells him to come to Aisha's house. When Playa arrives, Johnny hands them a beer and surprises Aisha, who was coming downstairs after seeing Johnny use the table as a bottle opener. They decide that they need to reestablish the 3rd Street Saints and take back Stilwater; and the first step towards accomplishing this is to find a hideout. Gat and Playa opt for Aisha's house, but she blankly refuses them, so they leave in search of somewhere else.[2]

Gat points out that part of the city was once destroyed by an earthquake long ago, and that they should be able to set up in an old hotel located beneath an old mission house. He also reminds Playa that the Saints Row Church is no longer an option since Ultor renovated it for tourism.

After they reach the abandoned mission and work their way down, Gat and Playa kill the current residents of the dilapidated hotel - a few Sons of Samedi and some bums - paving the way for the 3rd Street Saints.[3]

The streets of Stilwater are beginning to overcrowd. A recent surge in the homeless population has been attributed to an attack on an underground shanty town. It is unclear as to what precisely occurred; as attempts to interview the displaced have thus far lead only to repeated stabbings and wallet theft. We will keep you updated as these attacks directed toward the homeless continue to spike.

After reaching one level of Respect, the Cellphone rings and Gat tells Playa to come to Aisha's Place.[4]

Drive Gat to the abandoned mission

Drive to the abandoned mission.

After entering through the double doors, a short path downward lies ahead, which leads to the future site of the Saints Hideout. Currently, however, the tenants consist of a few bums and Sons of Samedi.

There are fourteen marked Sons of Samedi who must be killed to complete this objective. They are all lightly armed, but may use Molotov Cocktails. The majority of enemies are situated outside the hotel and on different floors, so use the radar on the HUD to locate them all.

There are seven marked shanties which must be destroyed. This can be done by grabbing nearby bums as Human Shields and throwing them into the shanties.

The shanties cannot be destroyed with bullets, or by throwing Improvised Weapons, but can be destroyed with Molotovs. They immediately collapse upon any contact with a ragdolled character, such as when a bum or Playa collapses next to a shanty.

After all shantys are destroyed, there are 6 marked bums who must die to complete the mission.

The mission can be failed by getting Smoked, Busted, killing Gat, or abandoning Gat.

Jane Valderamma: "The streets of Stilwater were quiet today, as apparently the homeless population of Stilwater took the day off. Sidewalks that were once bustling with hobos panhandling are eerily vacant, and park benches are stangely available to be sat on. No one knows for sure what happened to our oft forgotten and smelly bretheren...maybe someone finally gave them their two dollars. I'm Jane Valderamma, channel 6 news."

Sup, it's Gat. Meet me at Aisha's place, we gotta figure out our next move.

— Phonecall from Johnny Gat after gaining one level of Respect[4]

"You Don't Have To Go Home..." cutsceneEdit

"Make Yourself At Home" cutsceneEdit


— "Make Yourself At Home" cutscene 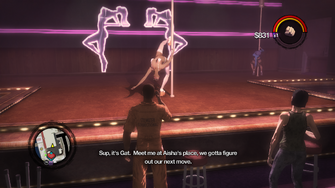 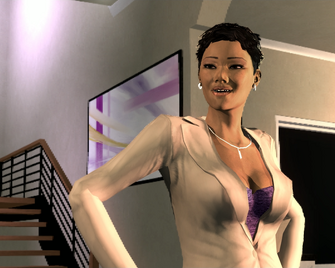 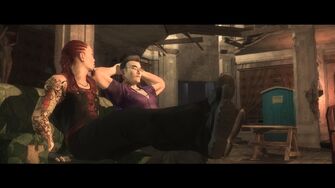 Johnny Gat talking to Playa in the Saints Hideout 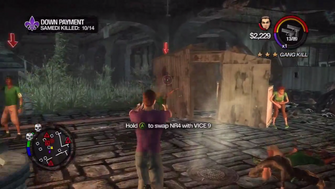 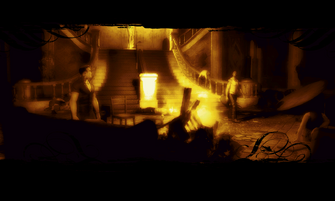 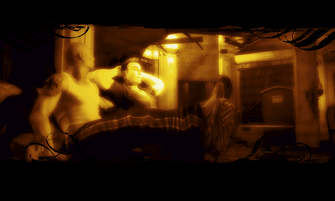 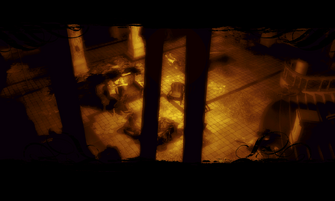 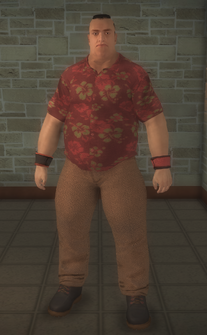 This article contains no references. See Help:Cite.
Retrieved from "https://saintsrow.fandom.com/wiki/Down_Payment?oldid=425128"
Community content is available under CC-BY-SA unless otherwise noted.