Death From Above is a power in Saints Row IV.

Jump into the sky, target your enemy, and slam down right in their face.

Death From Above, along with Force Field, are the latest unlockable Super Powers. It allows the player to hang in the air and hit the ground, similar to Stomp, although unlike Stomp, the higher the player, the more damage Death From Above causes. It has the only "Nuke" upgrade, which allows to create a nuclear explosion, if the player is very high in the air. 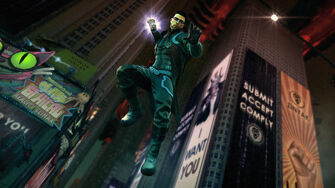 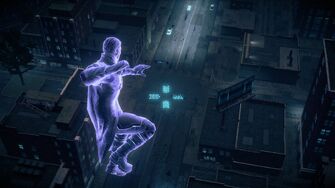 Death from Above aiming reticle 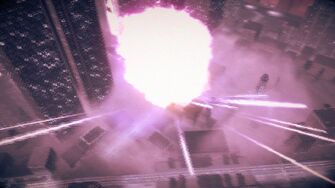 Death from Above Nuke attack upgrade

This article contains no references. See Help:Cite.
Retrieved from "https://saintsrow.fandom.com/wiki/Death_From_Above?oldid=424602"
Community content is available under CC-BY-SA unless otherwise noted.