"De Plane Boss" is a mission in Saints Row IV.

The Mission starts off on the Ship where Kinzie realises that one of the simulations is a plane. Playa instantly thinks that Johnny Gat is there and alive so they travel to the Broken Shillelagh to enter the Simulation. Playa spawns in the back of Phillipe Loren's plane from the mission I'm Free - Free Falling. Playa has to fight through Morningstar gang members in the cargo area, then fight through the passenger aisles until reaching the end room. In this room Shaundi is leaning over a dying Gat apologising and blaming herself for his death. Playa tries to comfort her but Gat, who turns out to be Zombie Gat, wakes up and tries to kill Shaundi and Playa. Gat is stabbed in the head several times and is killed by an emotional Shaundi, then Zinyak's voice taunts them and a portal opens in the floor, and Shaundi falls through it. Playa then has to make their way back through the plane, now a nightmare version of the plane with distorted voices echoing throughout criticizing Shaundi and large gaps in the floor Playa must avoid. At the end of the corridor Playa arrives at the On Track Nightclub. There they see Veteran Child using SR2 Shaundi as a human shield much like The Sons of Samedi Mission Veteran Child. Once he is dead, Zinyak gives him the ability to multiply into clones of himself. Whenever Playa kills one, two more spawn so Playa uses the Disintegrator provided by Kinzie to kill them all. Shaundi then splits into two and becomes both Fun Shaundi and the normal Shaundi.

It was on this plane where Shaundi and I lost our best friend. Johnny Gat helped found the Saints originally, and Shaundi looked up to him ever since she joined. He sacrificed himself to save us. Now I want our friend back.

Shaundi: "Johnny? I let you down? I let us all down. We never should have ran, we should have stayed and fought, but we couldn't because... We couldn't because of me."
Shaundi: "And I know people say that it's not my fault, but if the boss didn't have to protect me, you would be standing here right now. I am so sorry Johnny."
Shaundi: "Aaaaaah!"
Playa: "It wasn't your fault."
Shaundi: "We left him to die."
Playa: "He didn't save our lives so we could feel sorry for ourselves."
Zinyak: "Yes, I hate to interrupt this touching moment."
Zinyak: "But we haven't even gotten to the best part of this plane ride?"
Shaundi: "Oh, fuck me-"
Playa: "I'm coming Shaundi!"

Use the stun gun!

There, the new gun is in.

You think you can take her from me?

DJVC: "You're not going anywhere."
Shaundi SR2: "Use the stun gun!" 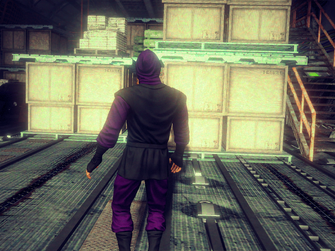 Playa finding themselves in the back of Loren's plane 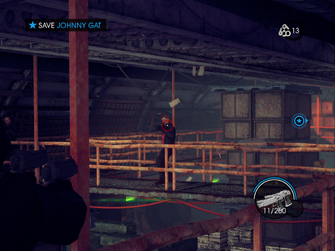 Cargo in the plane 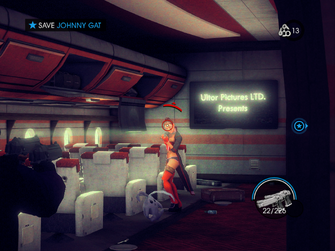 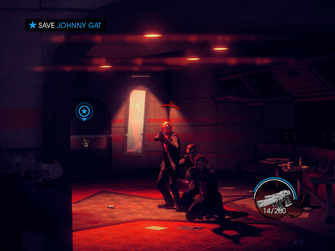 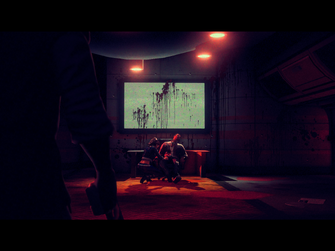 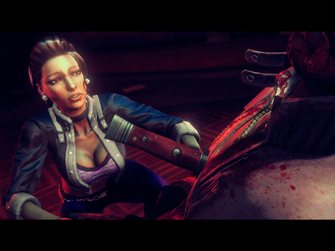 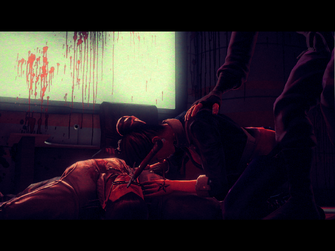 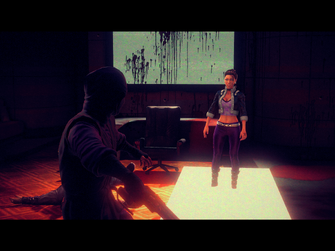 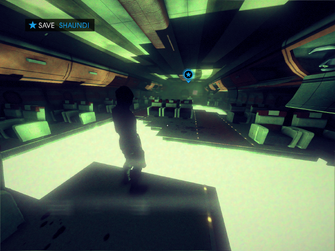 Nightmare version of the plane 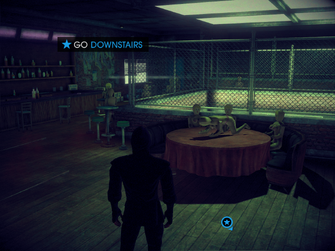 Playa appearing in the On Track nightclub 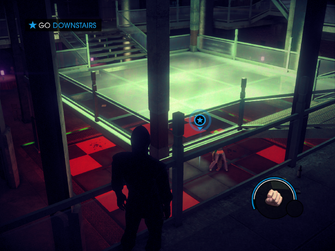 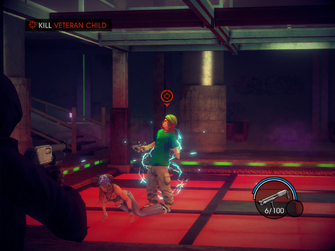 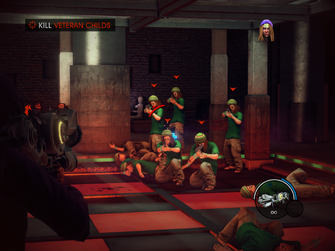 Playa about to use the Disintegrator to remove the Veteran Childs 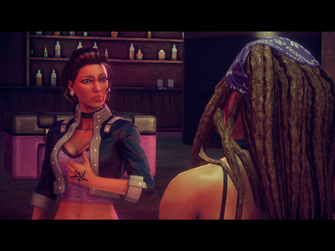 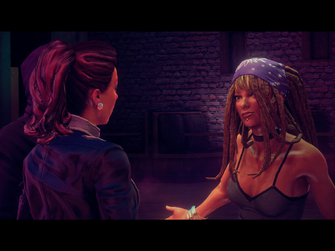 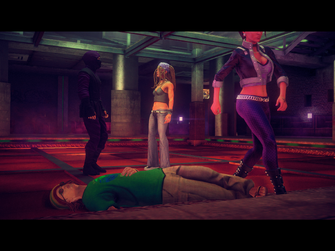 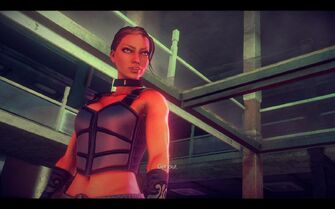 Shaundi as a Super Saint (done through the Co-op) 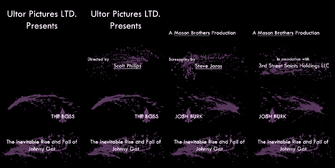 Images from TV screen on plane

This article contains no references. See Help:Cite.
Retrieved from "https://saintsrow.fandom.com/wiki/De_Plane_Boss?oldid=421491"
Community content is available under CC-BY-SA unless otherwise noted.