The Cyber Buster is a weapon in Saints Row: The Third.[1]

A working model of Kinzie's arm cannon from the Decker Use-Net. Where does she get the time?

The weapon is used by The Protagonist in the mission "http://deckers.die" when infiltrating the Deckers' usernet, and is unlocked for use in the rest of the game world after finishing the mission. It has unlimited ammo and cannot be upgraded. Fully-charged shots that impact with vehicles instantly kill all occupants (with the exception of Brutes), leaving the vehicle itself relatively unharmed apart from damage to its doors. This makes it an excellent anti-air weapon, as it kills the pilot and sends the vehicle crashing to the ground. If combined with the dlc cheat (super explosion) the cyber buster can obliterate anything caught in the blast. 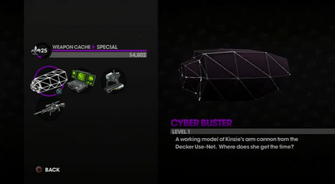 The Cyber Buster in the weapon selection screen 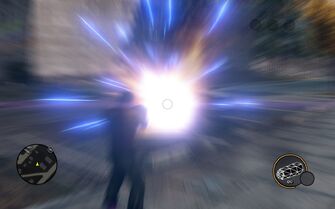 The Cyber Buster impacting a vehicle 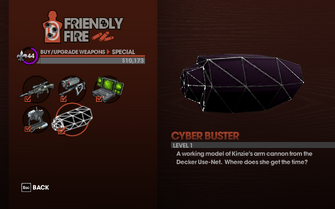 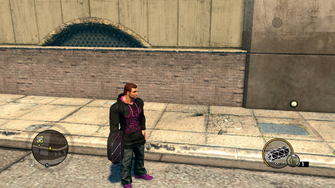 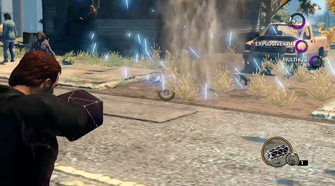 The Cyber Buster in use 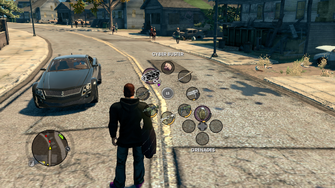 The Cyber Buster on the weapon wheel

This article contains no references. See Help:Cite.
Retrieved from "https://saintsrow.fandom.com/wiki/Cyber_Buster?oldid=402786"
Community content is available under CC-BY-SA unless otherwise noted.