"Copperton Receiving Station" is a Stronghold in Saints Row.

The Rollerz have been takin' a lot of interest in a receiving station in the Truck Yard. Go and check it out, but be careful, who knows what they're up too.[sic]

Julius Little phones The Protagonist and briefs them on investigating a truck yard the Westside Rollerz have been snooping around.

Curious about the Roller presence at the Copperton Truck Yard, Julius sent you to investigate. Upon arriving however, the Rollerz sprung a trap. Fortunately you were able to fend off your assailants.

Hold onto this position for 3 minutes.

Defend against an onslaught of Westside Rollerz for 3 minutes.

After holding the position for three minutes, a Westside Rollerz gang member seizes a Peterliner. What makes this challenging is the Peterliner's ability to instantly destroy almost any vehicle in its path. To make this worse, the driver is very hard to kill and can shoot with great accuracy. Compared to other Peterliners, this one isn't so resistant to damage.

Despite the objective, all that is required is to kill the driver, who can easily be dragged out of the vehicle.

The driver will follow The Protagonist all around Stilwater until the driver is killed.

The Mission can be failed by getting Smoked, Busted, or by leaving the complex before the timer is up.[2] 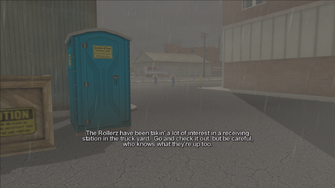 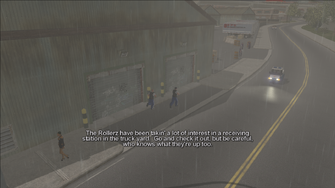 The Peterliner in the Stronghold 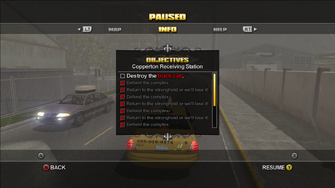 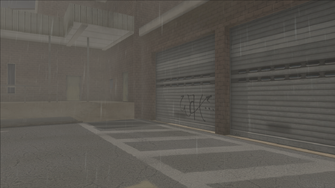 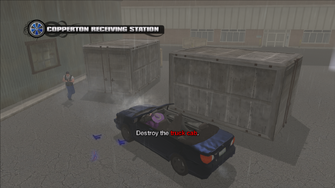 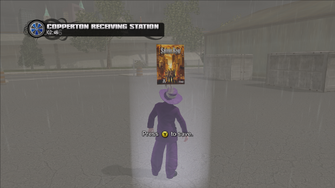 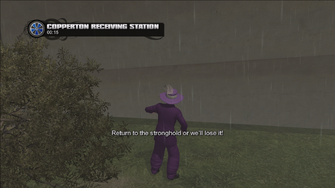 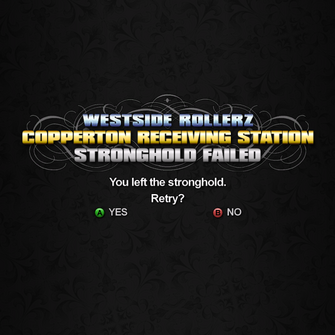 This article contains no references. See Help:Cite.
Retrieved from "https://saintsrow.fandom.com/wiki/Copperton_Receiving_Station?oldid=414407"
Community content is available under CC-BY-SA unless otherwise noted.