"Convoy Decoy" is a mission in Saints Row: The Third.

— Playa and Pierce, at the Saints HQ, before Playa interrupts Pierce and Oleg's chess game.

Playa interrupts a game of chess between Oleg and Pierce and tells them that they need to move their stuff out of the Saints HQ, what with STAG now occupying Steelport. While Pierce loads up the convoy, Playa decides to buy him time and creates a diversion by raiding and attacking several STAG bases while Oleg creates another diversion at Sunset Park.

Playa uses an F-69 VTOL against STAG and, after defending an almost-overwhelmed Oleg in Sunset Park, proceeds to destroy an incoming Gawalek A36 Surveillance Aircraft.

Nyte Blayde, the eponymous character from Nyte Blayde played by Josh Birk, is being used as STAG's mascot to increase public support of their occupation and help with recruitment; at the PR Center, when Cyrus Temple and Kia learn of this, they voice their frustrations with Senator Monica Hughes. Hughes states that "hearts and minds will win the war", and refuses Cyrus' insistence to authorize the Daedalus. She then demands that he ensures Josh Birk's safety, foreshadowing the next events.[1]

The mission starts at the Saints HQ

Get to the STAG base

Start by heading to the first STAG base just down the road from the Saints HQ.

Ram through the fence and drive straight on through to the back of the base where the two F-69 VTOLs are. Once inside the VTOL, the entirety of the rest of the mission takes place inside it, provided it doesn't take too much damage.

If the VTOL is ever nearly destroyed, there are two options: get a new VTOL from one of the bases, which can be risky due to the heavy STAG presence, or just continue with the mission - if the mission is failed, it restarts from the latest checkpoint with an undamaged VTOL.

Fly to any marked base. Bases include:

Pierce's convoy is being prevented from crossing a bridge due to the presence of STAG Crusaders and N-Forcers.

Destroy all of the vehicles that compose the roadblock.

Fly to any marked base.

Fly to the final marked base.

The penultimate main objective is to rescue Oleg from Sunset Park

Finally, intercept the Gawalek A36 Surveillance Aircraft as it heads southwest to northeast through the skies of the city.

Destroy the Condor escort, and shoot it down to complete the mission.

The intended method to destroy the Gawalek A36 is to shoot it until the health bar runs out, but it is also possible to force it into the water, where it will automatically be destroyed, fulfilling the objective.[3]

Jane Valderamma: "What rebellious teenager didn't go joyriding in their parents' car, blowing off steam and staining the backseat? However, the theft of a military aircraft cost more than a two week grounding; the unknown suspect unloaded the plane's weapons onto both STAG outposts and city streets, destroying millions in military and civilian vehicles and property. Roadblocks were destroyed entirely and a public park was filled with the bodies of the soldiers who tried to stop the chaos. This is Jane Valderamma with your Steelport Crime Report."

Cyrus: "I want all units checking in with command."
Cyrus: "Squad leaders, what's your status?"
Cyrus: "Why is that Saint still in the air?"
Cyrus: "Detain anyone seen aiding the Saints."

Pierce: "Looks like STAG left a roadblock ahead of us. Without help, we ain't getting by."
Pierce: "Another roadblock. We'll hang back while you take it out."

Pierce: "Almost got stopped by STAG. Hit them harder, boss."
Pierce: "STAG's still keeping the streets hot. You gotta pick it up with them."

Kia: "Investigate all possible Saint vehicles."
Kia: "Update command with casualty reports."
Kia: "I want eyes on the target at all times."

Deadly force on the Saints has been authorized. Bring that VTOL down.

Kia: "Mobile base tango has been hit! I want our fighters in the air!"
STAG: "Copy that."

Reports coming in of Saints in trucks. Find them and destroy those vehicles.

Reinforcements are rolling out.

Focus fire on that VTOL until another target is located.

I want roadblocks set up.

Josh: "I'm Joshua Birk. On TV I play Nyte Blayde, an exceptionally good looking but misunderstood vampire who risks life and limb every week to keep the world safe."
Josh: "The men and women of STAG put their lives on the line every day to protect your city against gang violence. Want to be a real world hero? Talk to your STAG recruiter today. I know I have."
Josh: "I know I have."
Kia: "Nyte Blayde's the face of STAG? Why don't you just put someone in a fucking deer suit?"
Monica: "Hearts and minds will win the war, my dear."
Cyrus: "Shock and awe wins wars, Senator. Authorize the Daedalus and this will all be over."
Monica: "Absolutely not."
Cyrus: "That kid's gonna get himself killed."
Monica: "Well you ensure Josh Birk's safety or I'll find someone who can. Understand?"
Cyrus: "Yes, Ma'am."

Be on the lookout for any Saint movement on the ground.

All units in the Park, divert attention to finding that convoy.

This is Commander Temple. All units are to find the Saints and take them out.

All bases, prepare for incoming attacks.

Deploy armored vehicles to the park.

All bases on alert. Shoot down any enemy aircraft.

All escorting craft, we have incoming!

— Interrogation, "STAG Convo to Air Base"

— "STAG Convo to Second Base" 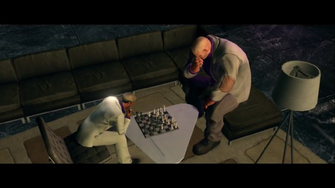 Oleg kicks the table, knocking the pieces over 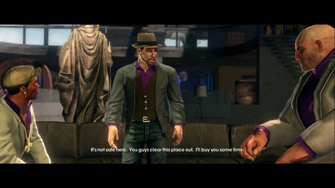 Playa informs the two they need to leave the Saints HQ 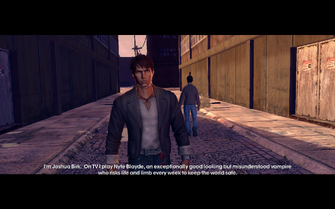 Josh Birk introduces himself as Joshua 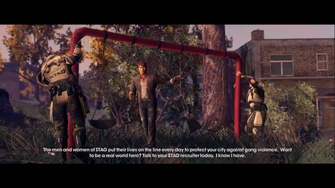 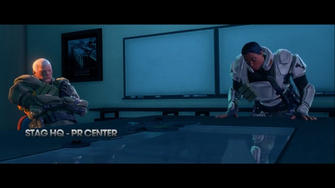 Cyrus Temple and Kia are disheartened to learn of this 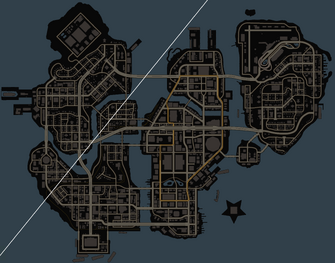 Path taken by the Surveillance Aircraft during the mission 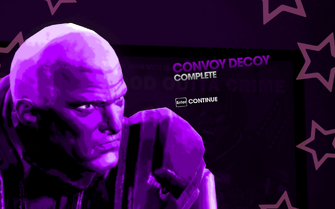 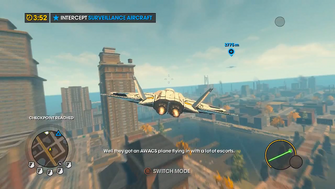 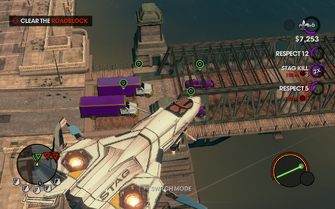 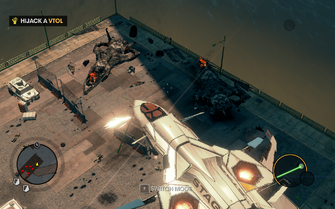 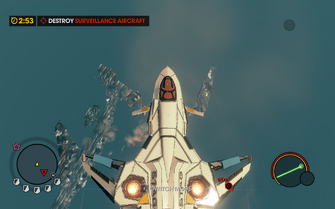 Gawalek A36 crashing into water 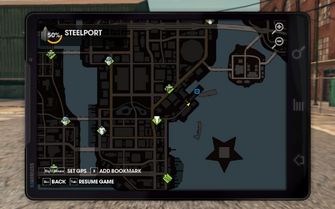 This article contains no references. See Help:Cite.
Retrieved from "https://saintsrow.fandom.com/wiki/Convoy_Decoy?oldid=424079"
Community content is available under CC-BY-SA unless otherwise noted.