Find the cars on the list and return them to the chop shop for cash and respect.

In Chop Shop, Playa is given a list of cars to steal and deliver. Unlike Hijacking, this activity is not timed, the cars can be any car of the correct type and the cars can be delivered at any time.

After receiving the list of cars, it can be accessed through the activities menu, and a car can be selected so that it appears on the radar when it is nearby. 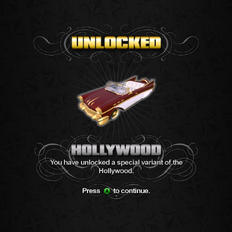 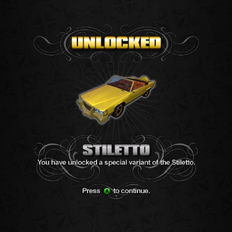 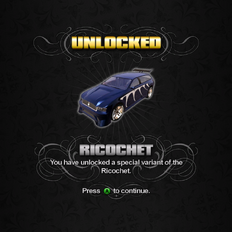 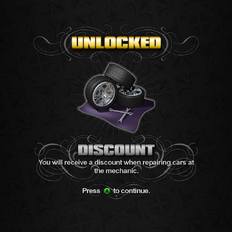 The Los Carnales Chop Shop is located in Charlestown, in the Docks & Warehouses District

Miguel: "What homes, never seen a man in a wheelchair before?"
Jen: "Don't mind him, he's just in a bad mood, ain't that right baby?"
Jen kisses Miguel on the cheek.
Miguel: "Hey, you'd be on the rag 24-7 if some berry decided to show you what excessive force was all about. It breaks down like this; my boostin' days are over, the police made sure of that. But that don't mean I don't have an eye for what sells. I got a list tacked up on the wall, you bring me the car, I give you the cash holmes...cool?"

The Vice Kings Chop Shop is located in Filmore, in the Downtown District

Samson: "Hold on, for a second man..."
Samson finishes wiping a license plate on a car.
Samson: "Perfect...that shit is fucking perfect. Check it out playa..."
Samson gestures for Playa to take a look.
Samson: "Would you believe that four n​iggas got shot in that car? That ride looks like I jacked it right off the lot. My work's in fuckin' demand, son, and with you jackin' some extra cars for me, we could both be makin' some extra cheddar. What you say?"

— Samson[2] in Supply and Demand cutscene.

The Westside Rollerz Chop Shop is located in Chinatown

Dennis: "Tell Mr. Wong, don't worry...No, I said don't...Yes...I promise, everything is on time, we got nothing to worry about...Alright Good bye."
Dennis hangs up his phone.
Dennis: "I am so fucked."
Dennis turns to Playa.
Dennis: "Sup man...Got any extra time on your hands? This guy Wong put in a big order and I'm having a shitty time finding the cars he asked for. If I don't deliver I'm as useful to him as a used condom. What do you think? Wanna help me find a few rides?"

In Saints Row 2, the Chop Shop doesn't have a cutscene when starting the activity, instead there is a phone call.

Unlike the Saints Row Chop Shop activity, vehicles do not need to be customized before delivery. However, there is greater police notoriety than in Saints Row, and when jacking a car on the Chop Shop list, whether the car is on the HUD or not, the driver attempts to flee.

Ultor would appreciate the requisition of specific automobiles, we of course will compensate you for your efforts.

I'm sick and tired of working in this damn shoe store...Manuel's birthday is coming up and if I can get him some of his favorite cars there's a chance he might take me back.

OK, so I'm friends with this crazy environmental artist named Krif Jacobs. She wants to do an installation piece but can't find the cars to do it...you think you can help her out?

There's a couple cars I need to round out my collection... I'm willing to pay top dollar for any car on the list you can find.

My kid's 16th birthday is coming up and she's got a couple cars on her birthday list... can you give me a hand?