Be charitable and support Child's Play! Show the world that you are the best President ever, by rampaging the Steelport Simulation with the Digital Dino outfit and the totally bananas Robochimp outfit. Spread your message of altruism on the streets from within the Retro Racer vehicle; it's what your parents always dreamed of for you!

This is the 19th DLC (Excluding Voyeur Packs) for Saints Row IV. It contains 2 new outfits and one new vehicle, Along side the new content the pack is special due to it being when bought from a customer some of the profit money goes toward Child's Play Charity. In the pack there features a Digital Dino suit and Robo Chimp suit, Along side with the outfits there is a vehicle in the garage called Retro Rocket. 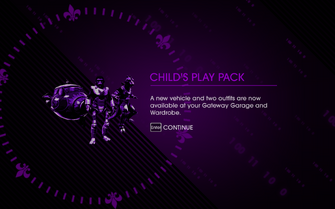 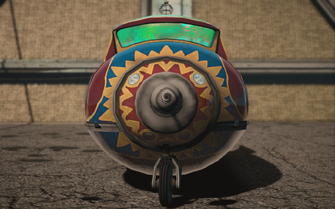 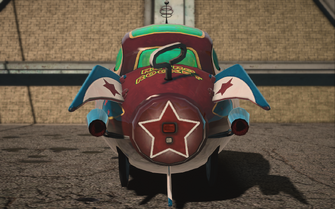 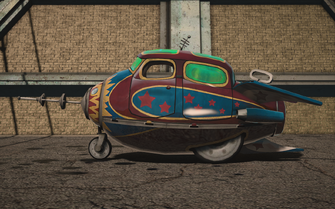 This article contains no references. See Help:Cite.
Retrieved from "https://saintsrow.fandom.com/wiki/Child%27s_Play_Pack?oldid=424332"
Community content is available under CC-BY-SA unless otherwise noted.