Chicken Ned is a character in Saints Row.

Chicken Ned is a man in a chicken costume and the mascot of Lik-a-Chik. He carries a Baseball Bat and drives a rusty/modified Jackrabbit, making him not as useful as other homies.

He is optional to unlock, and has nothing to do with the storyline missions, and is not required for 100% Completion. However, he must be unlocked to earn the "Leader of the Pack" Achievement.

His Phone Number is written on the wall of several buildings around Stilwater. It is a permanent piece of graffiti on all buildings displaying a Technically Legal billboard. One of buildings is located next to the whorehouse featured in the mission "Always Use Protection". Another building is located east of Tee 'N' Ay.

The writing on the wall says "for a cluckin' good time 555-2445" in black spray paint, he is one of the easiest homies to acquire.

Chicken Ned, when called for the first time

My buddy Ned used to run with your crew 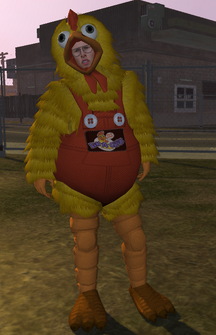 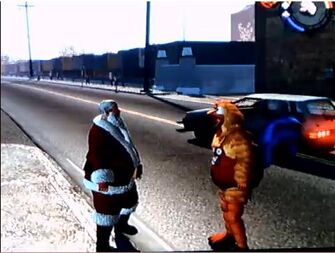 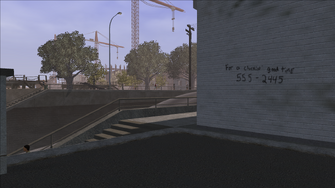 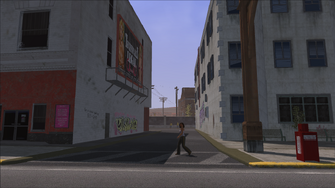 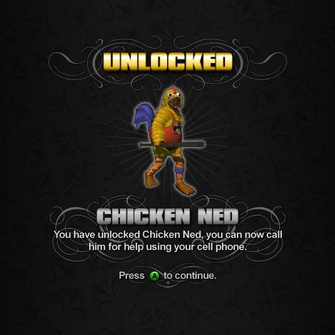 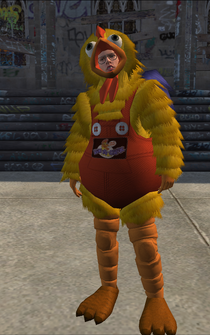 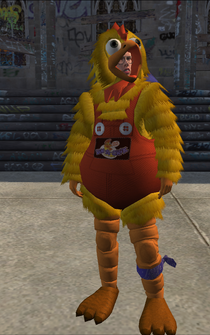 This article contains no references. See Help:Cite.
Retrieved from "https://saintsrow.fandom.com/wiki/Chicken_Ned?oldid=422834"
Community content is available under CC-BY-SA unless otherwise noted.