There are four of these restaurants throughout Stilwater, and all are available to purchase after their respective neighborhoods have been taken over.

Despite only having 2 items on the menu, Charred Hard Burgers is the second largest Food chain in Stilwater, behind Freckle Bitch's. However, they are all located indoors and never in a building by themselves, and so do not have a drive-thru service. The signs out front has different variants, with and without flames about the name, the Stilwater Boardwalk location is the only store with signs on the exterior of the building, but shares the interior with a bar, with the counter itself having the appearance of a bar. The other 3 interior designs are look like standard fast food restaurants, and are identical to each other. 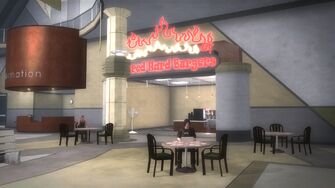 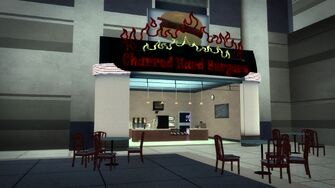 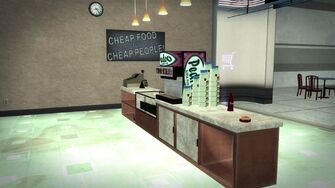 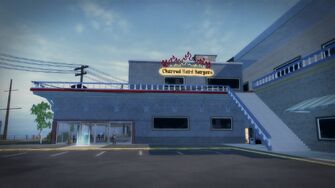 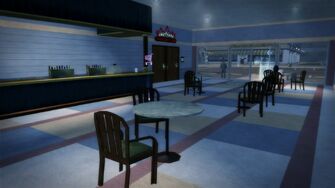 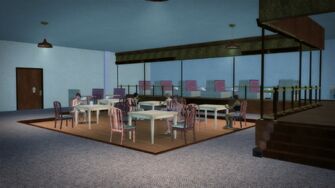 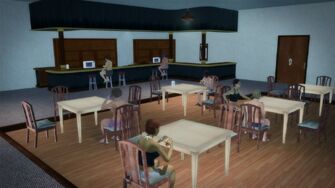 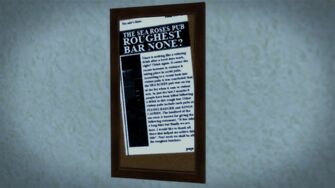 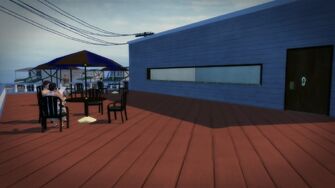 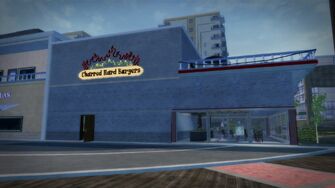 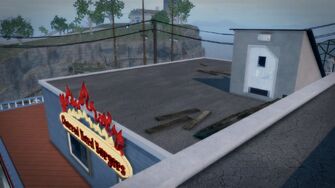 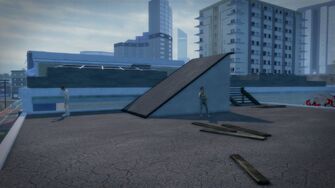 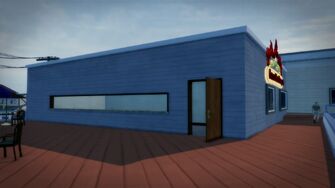 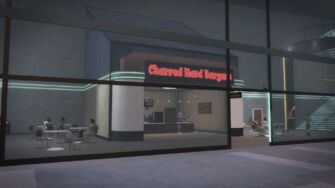 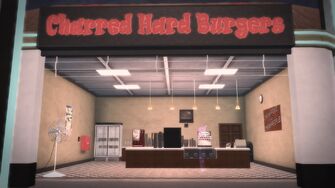 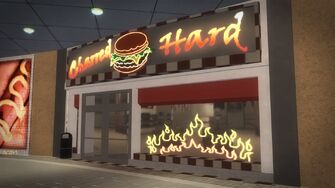 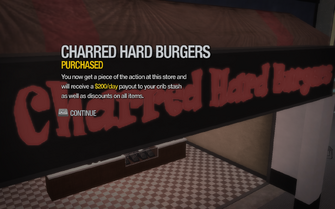 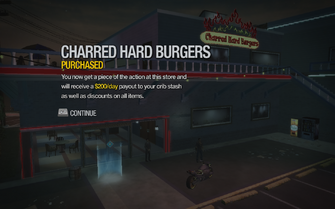 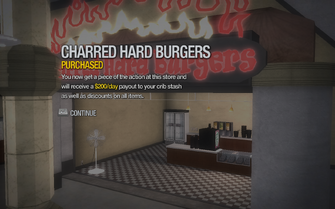 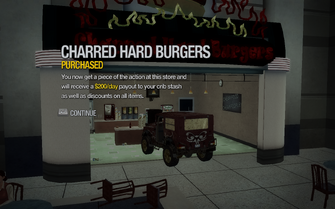 This article contains no references. See Help:Cite.
Retrieved from "https://saintsrow.fandom.com/wiki/Charred_Hard_Burgers?oldid=426168"
Community content is available under CC-BY-SA unless otherwise noted.