After entering new phone numbers manually, they are added to the phone's address book to allow for quicker phone calls in the future.

The Cellphone also displays the game time displayed in the top right corner.

The Phone menu is part of the Pause Menu and is the top half of a flip phone, with full text menus.

The Map is the first screen on the Pause Menu, and is not part of the phone.

The Phone menu is the last page of the main pause menu (excluding co-op), and is now a smart phone with images.

The Map is now be accessed separately from the pause menu, and is framed with the phone turned sideways.

In Saints Row: Total Control, the Cellphone is used to recruit thugs.[1]

In Saints Row: The Third, the Cellphone plays a much bigger role and aggregates multiple features which were previously available in different locations, such as in-game concepts previously located in the pause menu.

During the missions When Good Heists Go Bad and I'm Free - Free Falling, only the Camera and Extras menus are available.

At the start of the mission We're Going to Need Guns, all menu options are available except for Saintsbook, and no Upgrades can be purchased.

Completing We're Going to Need Guns unlocks Saintsbook and Upgrades, although the Upgrades menu was previously available but unusable.

The Hub in Saints Row IV provides the same functionality as the Cellphone in Saints Row: The Third, with some further improvements.

The cellphone ringtone in Saints Row: The Third uses the tune from "Ridin' In That Black Joint" by Wale, which is used as main menu music in Saints Row 2, as well as being played on 95.4 KRhyme FM.

Saints Row: The Third features incoming calls fairly frequently, either during missions or to start Survival diversions. On 5th April 2012, Volition, Inc. released the ringtone for download (in .mp3 and .m4r file formats) via their official website.[4] 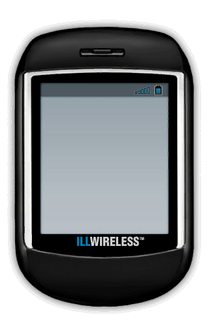 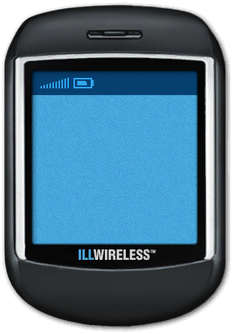 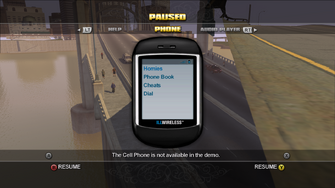 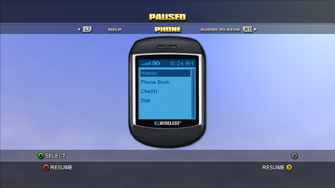 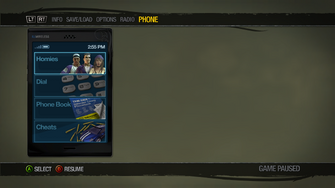 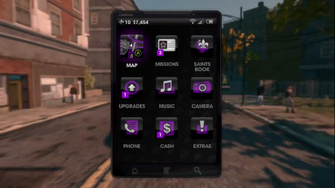 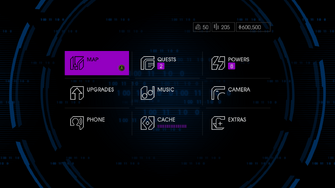 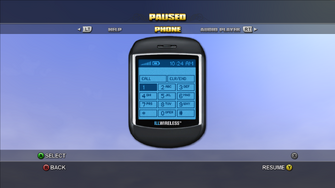 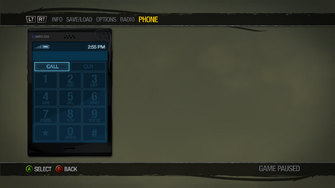 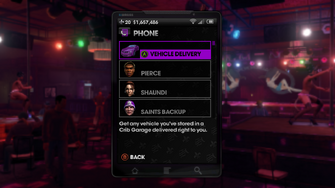 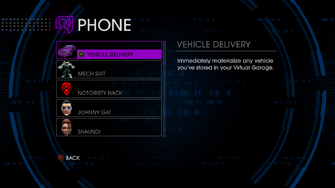 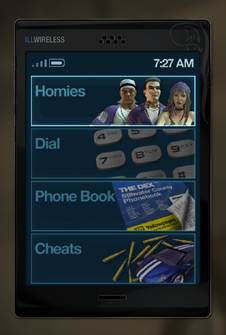 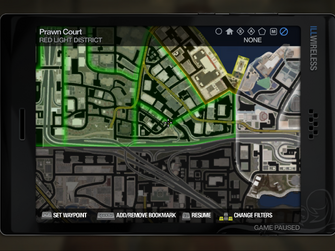 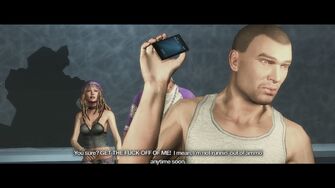 Protagonist on the phone with Johnny in "... and a Better Life" 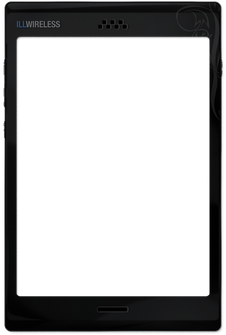 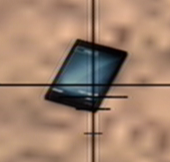 A cellphone dropped by a Civilian in Saints Row 2 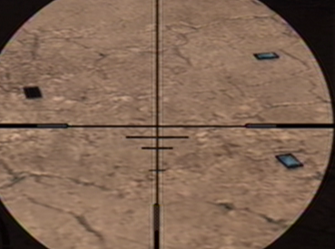 Shaundi with a unique cellphone 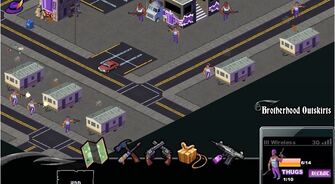 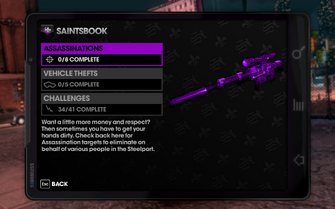 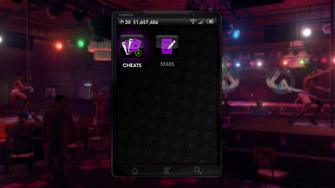 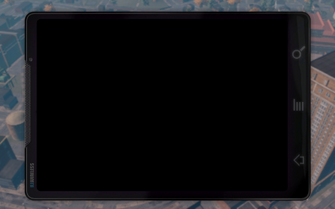 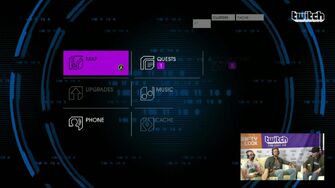 While the Hub is loading, the names XP, Clusters and Cache are visible in the top right 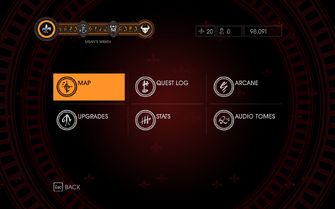 Hub Main Menu in Saints Row: Gat out of Hell 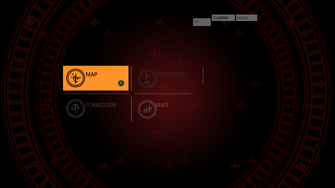 While the Hub is loading, the names XP, Clusters and Wages are visible in the top right 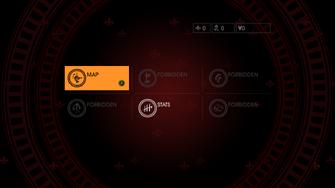 Hub at the beginning of Gat out of Hell

This article contains no references. See Help:Refs.
Retrieved from "https://saintsrow.fandom.com/wiki/Cellphone?oldid=427226"
Community content is available under CC-BY-SA unless otherwise noted.