"Busted" is the term used when Playa is arrested by Law Enforcement in Saints Row and Saints Row 2.

After getting knocked down by a police officer, SWAT or an FBI member, they may flip Playa onto their stomach and handcuff them.

While there are many different ways of getting Smoked, there is only one way to get Busted.

Any time Playa is knocked down or pulled out of a vehicle by police, he is automatically Busted, regardless of health level.

The cost of bail after being Busted is 10% of the current amount of Cash.

There are 3 police stations where Playa respawns after getting busted:

Getting busted in Saints Row 2 is less common, as it is only possible when Playa is at or below 30% health. The cost of bail is $500.

There are 3 police stations where Playa respawns after getting busted:

In the closing scene of "When Good Heists Go Bad", Playa is arrested by the Stilwater Police Department SWAT team,[3] and in the beginning cutscene of "I'm Free - Free Falling", the leaders of the Saints are put in jail, but it is otherwise not possible to get Busted in the game. 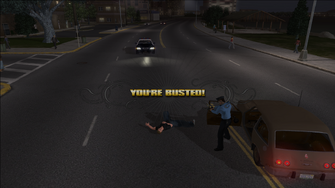 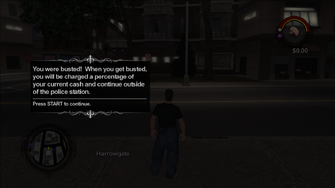 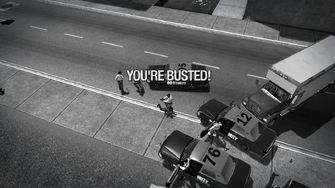 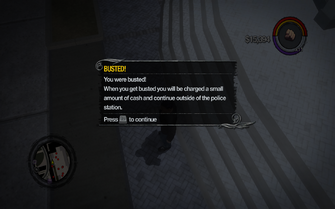 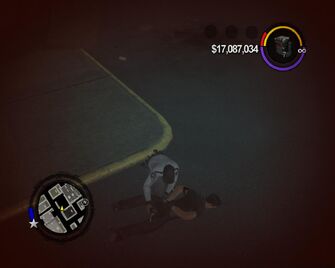 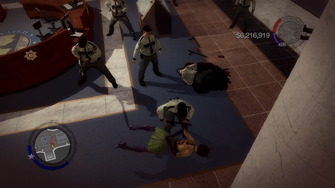 This article contains no references. See Help:Cite.
Retrieved from "https://saintsrow.fandom.com/wiki/Busted?oldid=425502"
Community content is available under CC-BY-SA unless otherwise noted.