Burt Reynolds[4] is a character in Saints Row: The Third.

Playa: "Burt-fucking-Reynolds?"
Burt Reynolds: "Who else could keep this town running?"

Burt Reynolds is the Mayor of Steelport. He makes his first appearance in the mission "Zombie Attack".

Burt Reynolds deploys Playa to eradicate the zombie outbreak in Steelport that, unbeknownst to him, Playa caused.[6] To quell the threat, Playa destroys three containers of toxic material that creates the zombies.[5] If Playa then chooses to destroy the final container, Burt Reynolds becomes a homie and provides the Saints the support of the Steelport SWAT teams. Regardless of mission choice, Notoriety Wipe - Law, AKA "Mayor's Favor", is unlocked in the cellphone.

If Playa chooses to kill Killbane and sacrifice Shaundi and Viola,[7] Burt Reynolds, being tied up on the monument alongside them dies and Playa declares Steelport a city-state under the control of the Saints and appoints Pierce as its new mayor. However, if Playa chooses to save Shaundi, Viola, and Reynolds, Mayor Reynolds survives.

In the opening cutscene for "Zombie Attack", Playa meets Burt in his office. This office is not normally accessible outside of this cutscene, and is not part of any building.

The actual location of this room is floating in the sky above a road in Loren Square.[8]

Angel: "It's been a long time, Reynolds."
Burt: "Do I know you?"
Angel: "Mexico, '96. Murderbrawl XIII."
Burt: "Oh. You look... different when you're not unconscious."
Angel: "I underestimated you. I thought you were just an actor. I didn't realize you were the man who trained Bear Trap Calhoun."
Burt: "Not your fault, kid. The Cutter can come from anywhere."

Josh: "Hey Burt, got a second for another practitioner of the craft?"
Burt: "What is it, kid?"
Josh: "Well, I was thinkin'... how would you like to be involved on Nyte Blayde?"
Burt: "What are you talking about?"
Josh: "Definitely a guest spot, at least, but I bet I could talk the producers into making you a series regular."
Burt: "No! What the hell is this Nyte Blayde?"
Josh: "Are you not familiar with the transmedia explosion that has taken the world by storm?"
Burt: "No."
Josh: "I play Nyte Blayde, a vampire hunter who's become the very thing he vowed to destroy."
Burt: "A vampire?"
Josh: "Yes."
Burt: "I think I'll pass."
Josh: "But... you don't even know the part yet."
Burt: "I've heard enough. Good luck, kid. Try to get shot."

Burt: "Oleg Kirrlov."
Oleg: "I should kill you where you stand, Reynolds."
Burt: "The Cold War is over, son."
Oleg: "Do you think I'm naïve enough to believe that?"
Burt: "Ha, guess not."
Oleg: "I owe a debt to the Saints, but when this is all over, you and I will settle what we started in Moscow."
Burt: "Anytime, you commie."

Burt: "I'm sorry to hear about your sister, Viola."
Viola: "Thank you, sir."
Burt: "Before the whole goddamn city got turned upside down, we had some pretty good times, didn't we?"
Viola: "[Laughs] Remember that first dinner you had with Phillipe?"
Burt: "[Laughs] Oh man, that Frenchman sure knew how to tell a joke."
Viola: "He was Belgian."
Burt: "Whatever."

Burt: "Zimos! Where the hell have you been, buddy?"
Zimos: "Your girl, Viola, turned me into a human pony and rented me out for eighty bucks an hour."
Burt: "Well... this just... got a little awkward."
Zimos: "A little bit." 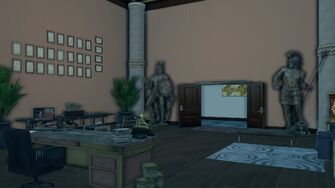 Reynolds' office from behind the desk 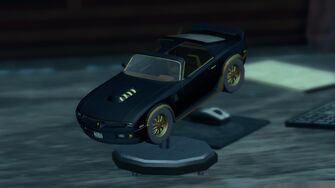 Reynolds' model of a Phoenix. A reference to the 1977-1983 movie trilogy "Smokey and the Bandit", in which Reynolds starred as the titular Bandit 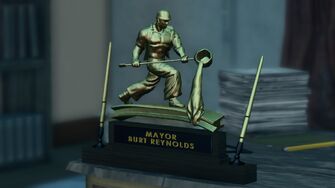 Reynolds' nameplate. Stylized to look like the steelworker statue on Magarac Island 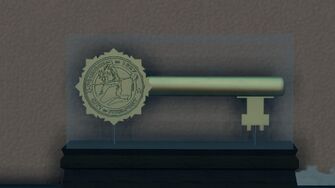 The key to the city of Steelport 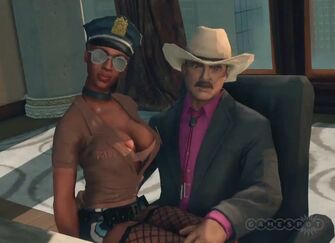 Burt with his Ho 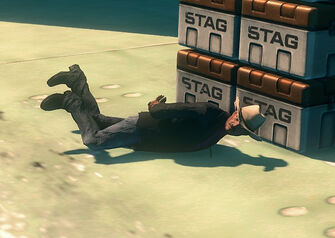 Burt captured by STAG during the mission Three Way 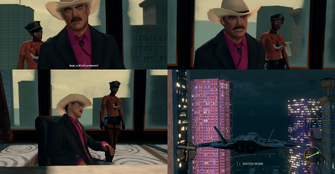 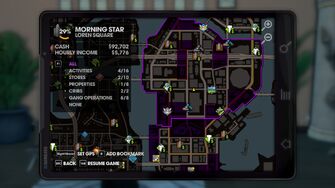 Location of Burt's office on the map, when using glitches or modifying the game files to enter the room 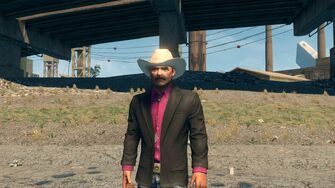 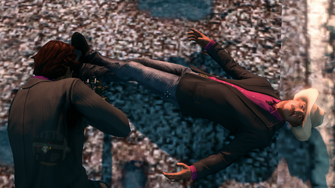 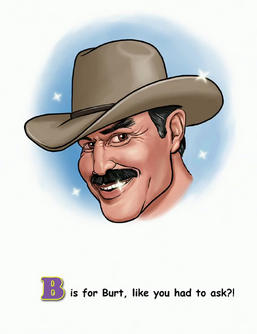 Burt is featured under B in The ABCs of Saints Row

This article contains no references. See Help:Cite.
Retrieved from "https://saintsrow.fandom.com/wiki/Burt_Reynolds?oldid=423198"
Community content is available under CC-BY-SA unless otherwise noted.