Burst Rifle is a weapon in Saints Row IV.[2]

The Burst Rifle, like its name suggests, is a Burst-Fire rifle as opposed to a Fully-Automatic weapon. This helps the weapon with ammo consumption. The Burst Rifle has an excellent magazine size and only has 5 fewer rounds than the Automatic Rifle when both have fully upgraded magazine sizes, and upgrading the gun reduced the burst delay so it's rate of fire reach near fully-automatic levels.

The Let the Good Times Roll ultimate upgrade is an excellent upgrade while The Protagonist is leveling up, as the upgrade prevents The Protagonist from running out of ammo and allows for sustained use. It becomes redundant when "Ammo - Rifle 4" upgrade is purchased, as all rifle ammo becomes infinite.

An issue with the Burst Rifle is that despite the Burst-Fire fire mode, accuracy when fired in rapid bursts, deteriorates extremely rapidly. Both the Automatic Rifle and Alien Rifle are more accurate and have superior rates of fire.

Clip Size, Damage, Rate of Fire and Reload Speed can all be upgraded 5 levels each, with a separate Let the Good Times Roll "ultimate upgrade".[4]

There are 3 costumes for the Burst Rifle: Guardsman AR, Impulse Rifle and Soakmaster. 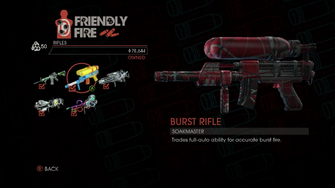 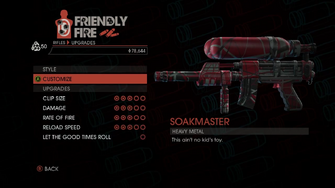 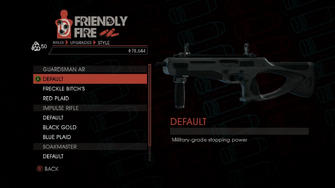 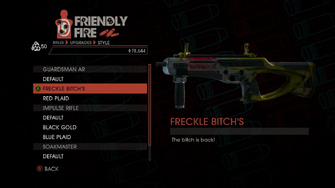 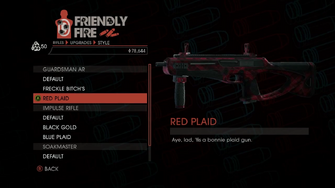 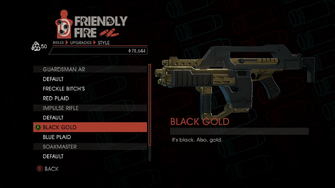 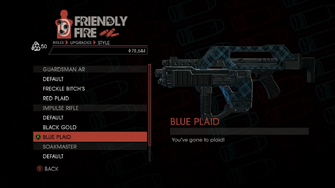 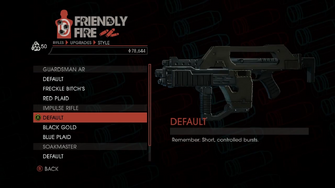 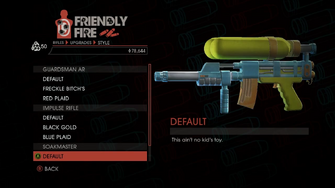 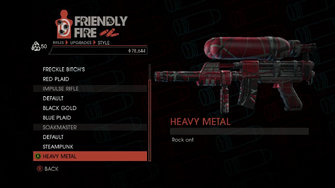 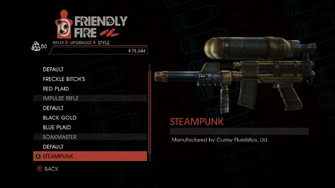 This article contains no references. See Help:Cite.
Retrieved from "https://saintsrow.fandom.com/wiki/Burst_Rifle?oldid=416926"
Community content is available under CC-BY-SA unless otherwise noted.