"Battlefield Promotion" is a cutscene in Saints Row.

"Battlefield Promotion" is the cutscene that plays upon completion of the missions "Semi-Charmed Life", "What Goes Up...", and "All the King's Men" (the Westside Rollerz', the Carnales', and Vice Kings' final missions respectively), or, to put it simply, when all story arcs have been completed, and all three enemy gangs in Stilwater have been disbanded.

The cutscene features The Protagonist receiving a phone call from Julius Little, who is currently driving his Zenith, and congratulates The Protagonist on defeating all the gangs and conquering the city. Julius gives a passionate speech as he justifies the actions of The Protagonist and the 3rd Street Saints, and succinctly sums up the events of the game by stating that, ultimately, the lives lost were worth it due to the larger amount of lives that were saved.

During Julius' speech, the game shows a montage of events detailing the fates of certain characters met throughout The Protagonist's adventures: Johnny Gat giving flowers to Aisha, Donnie mourning over a photo of Lin while leaning on her Voxel, Benjamin King looking at an old photo of him and Julius Little before heading onto a private plane, Luz attempting to light a cigarette at a bar before Manuel Orejuela offers a lighter, and Dex heading into Tee'N'Ay, where Troy is inside getting drunk.

Julius Little remarks on how much The Protagonist has impressed him before promoting him to second-in-command of the 3rd Street Saints. He then hangs up as he is pulled over by the police, setting in motion the events of the epilogue, and Julius' eventual betrayal.

The credits begin to play, but are cut short, and "Stuffing the Ballot", the first of three missions in the epilogue, becomes available.

We did it, playa. 3rd Street owns this town. Now, that's not to say that shit didn't cost, and I ain't talkin' about what happened to Johnny's leg or losing Lin. Those two were soldiers, they knew the risk. Hell, Johnny gets off on it. But we crushed a lot of families playa, and someday they're gonna holla at us. But believe me when I tell you, we did the right thing. With the Rollerz wiped out, Benjamin gone, and the Colombians in our pocket, there ain't gonna be a need for a gang war ever again. And in the end, that's gonna save a lot more lives than we took. So relax, playa, you've earned yourself a break. You've impressed the hell out of me son, and I've told the crew you're gonna be my right hand- hold up, some berry just turned on his flashers. Yeah, playa, I think I'm gonna have to call you back. This may take a while. 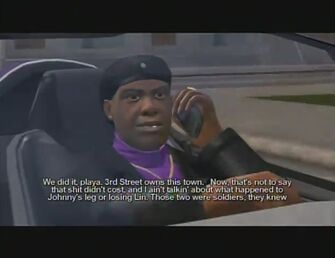 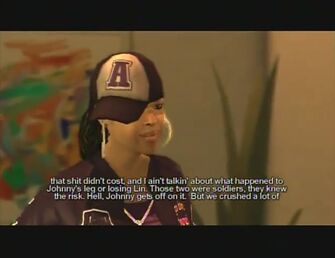 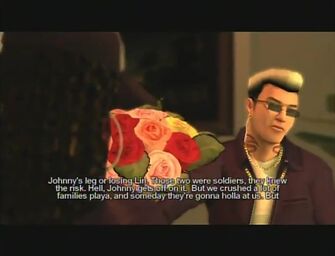 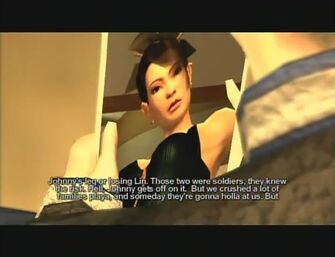 Donnie mourns over a photo of Lin 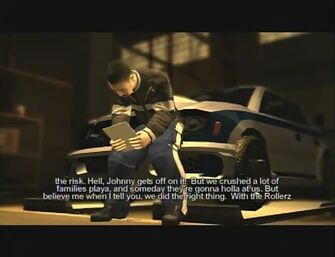 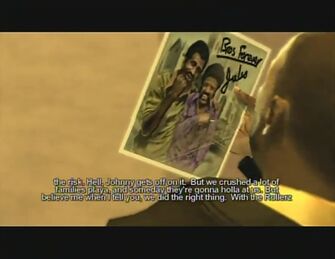 Benjamin King looks at an old photo of him and his childhood friend, Julius Little, signed "Bros Forever, Jules" 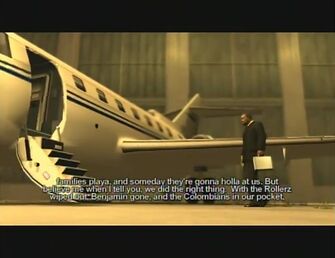 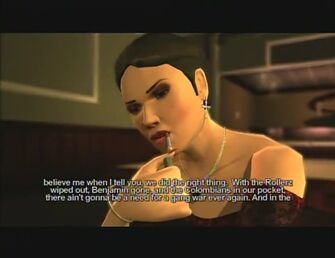 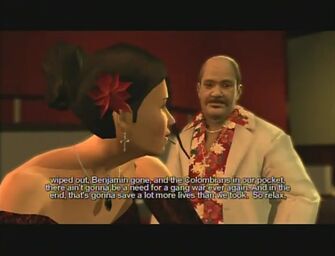 Manuel Orejuela shows up to light Luz Avalos' cigarette, prompting the beginning of a relationship 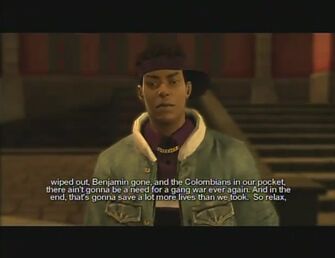 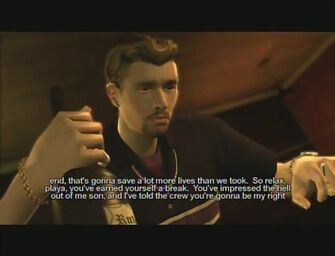 Troy getting drunk at Tee'N'Ay

This article contains no references. See Help:Cite.
Retrieved from "https://saintsrow.fandom.com/wiki/Battlefield_Promotion?oldid=404421"
Community content is available under CC-BY-SA unless otherwise noted.