The Apoca-Fist[1] is a weapon in Saints Row: The Third.

The Apoca-Fist is a pair of oversized costume fists that cause the enemy to explode into a gory mess when the enemy is punched.[2]

This weapon is an optional reward at the end of the mission "Murderbrawl XXXI", the other option is Killbane's mask.[1][3]

The Apoca-Fist is also unlocked through the Unlockable Pack DLC, allowing it to be used at the beginning of the game. 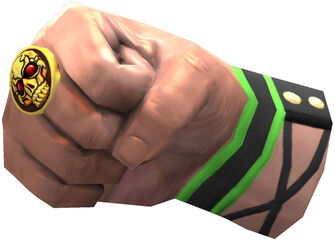 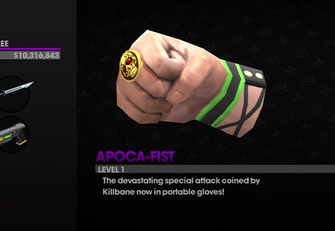 The Apoca-Fist in the weapons cache 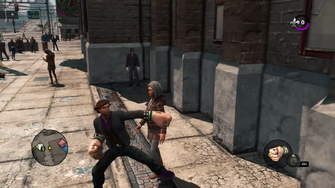 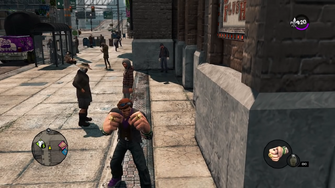 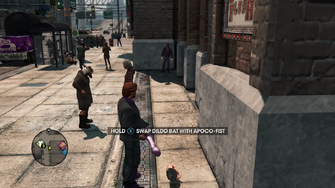 The weapon in the first revealed gameplay after E3 2011, albeit with a slightly different name 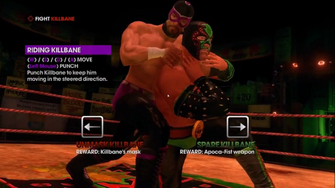 This article contains no references. See Help:Cite.
Retrieved from "https://saintsrow.fandom.com/wiki/Apoca-Fist?oldid=423889"
Community content is available under CC-BY-SA unless otherwise noted.