Angelo Lopez is a character in Saints Row.

¡Lo sabía! You'll die for what you did to my brother.

— Angelo Lopez, Upon hearing Manuel Orejuela's betrayal and attempts to gun down the Saints.[4]

Angelo Lopez is Hector's brother and the co-leader of Los Carnales in name only, as Hector calls all of the shots. Angelo has many stereotypical Hispanic male character traits, including an overabundance of machismo and a temper that rivals Johnny Gat's.

Angelo becomes the de-facto leader of Los Carnales after Hector's assassination,[5] by Playa but Angelo depends heavily on Victor Rodriguez for support and advice. He is fond of his girlfriend, Luz Avalos, but her blatant materialism causes him no end of frustration.

Angelo is not so attached to Luz that it prevents him from losing his temper and striking Luz,[when?] or keeps Angelo from attempting to save his own neck when Luz's indecision about which shoes to pack causes her to be late for Angelo's escape flight out of Stilwater. Angelo is killed by Dex and Playa when his private Graham Jet XL8000 is shot down during take off.[6]


— Angelo Lopez, Upon hearing Manuel Orejuela's betrayal and attempts to gun down the Saints.[4]

Luz, where are you? Well evidently you are talking to me. Luz, I apologized okay? Now get your ass to the airport. What do you mean why, have you seen the house? We gotta get outta town. It doesn't matter, just pack some things and let's go. For God's sake, just leave them. I don't give a fuck, they're shoes! Good. Good, good, good, good, I'll be waiting for you. Bye-bye. Get the plane ready, she'll be here soon. 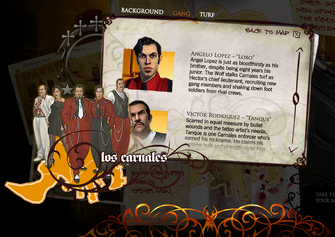 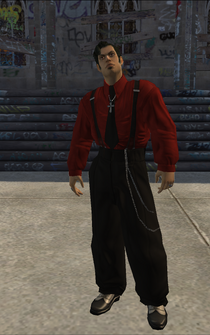 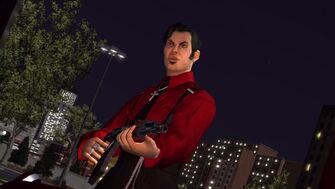 Angelo with his K6 Krukov 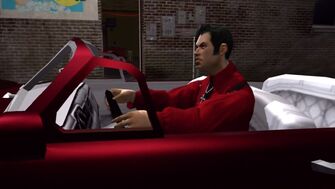 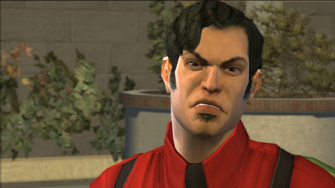 Close up of Angelo Lopez in the Meet the Lopezes cutscene 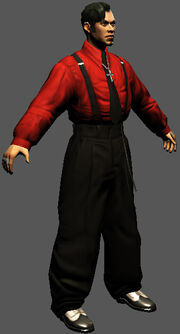 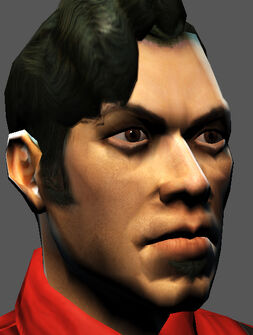 • List of Missions and cutscenes to check
Retrieved from "https://saintsrow.fandom.com/wiki/Angelo_Lopez?oldid=425567"
Community content is available under CC-BY-SA unless otherwise noted.