Ambulance EMT is a Job Diversion in Saints Row 2.

This Diversion can be triggered upon entering any Ambulance. In this Diversion, The Protagonist must drive to scenes of accidents and revive Civilians using CPR or Shock Paddles.

After arriving at the location of an accident, victims must be revived. The method to revive them is random.

There is a 2 minute countdown, with a time bonus added after each level. Between each level, there is a 30 second timer to return to the same ambulance. Each level ends after reaching the quota to be saved, regardless of if there are other victims at the scene. 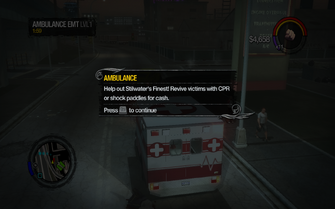 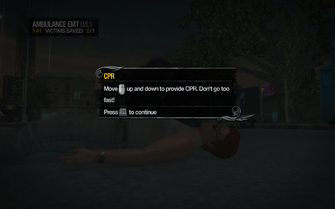 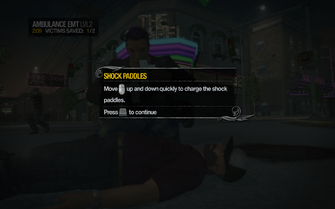 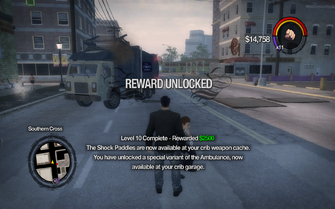 This article contains no references. See Help:Cite.
Retrieved from "https://saintsrow.fandom.com/wiki/Ambulance_EMT?oldid=342535"
Community content is available under CC-BY-SA unless otherwise noted.