The Aegean is a vehicle in Gangstas in Space DLC for Saints Row: The Third.

The Aegean is introduced in Gangstas In Space as the primary flight vehicle you pilot in the missions associated with the DLC pack. It is first acquired from the space reactor room, shortly after the defeat of Space Brutina and is used in every mission afterwards. The Aegean suffers from manuverability issues due to its massive size. It features a small roof-mounted laser gun that shoots about as quickly as the machine-gun on the Challenger tank, but its bottom-mounted laser cannon is what makes this vehicle very capable in dogfights. This cannon requires less time to reload than the rocket pods on the F-69 VTOL, allowing you to get shots off more quickly. This vehicle is unlocked in your crib helipad, along with the Scythe hoverbike upon completion of all Gangstas In Space missions. 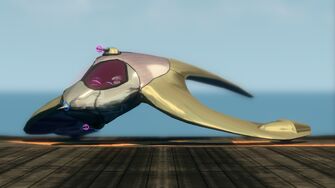 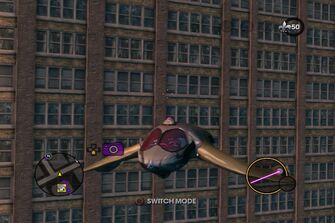 The Aegean after completion of Gangstas In Space 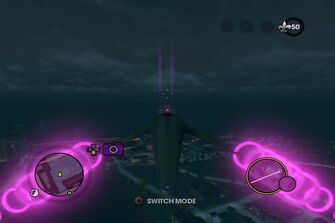 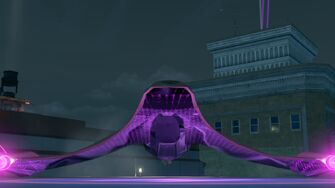 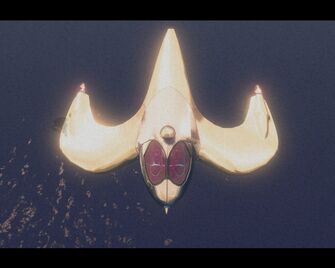 Aegean resembles a fleur-de-lis from above 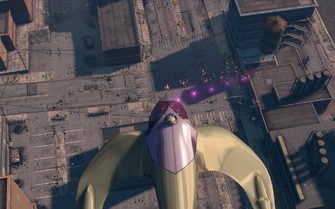 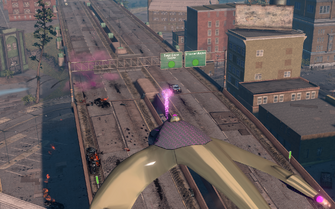 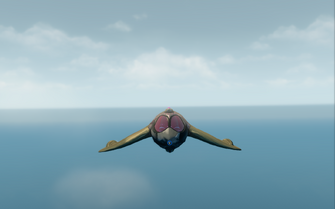 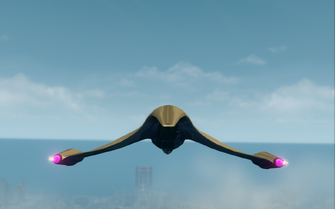 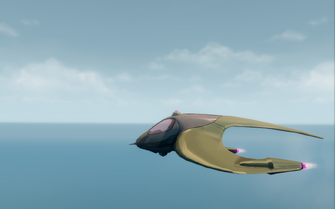 This article contains no references. See Help:Cite.
Retrieved from "https://saintsrow.fandom.com/wiki/Aegean?oldid=406449"
Community content is available under CC-BY-SA unless otherwise noted.