"Abandoned Storefront" is a Stronghold in Saints Row.

Rumor is an old liquor store is being used as a Carnales hide out...why don't you go over there and check it out?

— Troy to The Protagonist, in a phone call before starting the Stronghold.

This building is accessible at all times outside of the Stronghold, the door icon is always a foot and must be kicked to open it. This building is a little larger than most Brown Baggers locations, and has an interior mini-map and an inaccessible second storey.

Troy informed you of a liquor store that was being used as a Carnales hide out. After breaking in and assassinating the lieutenant, you managed to secure Athos Bay for the Saints.

After earning one level of Respect, through any means, Troy calls The Protagonist to tell him of the Stronghold.

Once every two minutes after that, the message "You've earned enough Respect to unlock a Mission. Go take over Los Carnales Stronghold." is displayed on the screen.

Break into the building and kill the Carnales.[3]

Directly in front of the Stronghold marker is a closed door which leads into the building. Upon opening the front door, all interior doors automatically open. Inside are a series of rooms containing a total of four Los Carnales, three armed with VICE 9s, and one armed with a SKR-7 Spree.

After killing the Los Carnales inside, there is one more Carnales member outside marked with a square target, when he sees The Protagonist, the next objective is triggered.

This objective is completely optional. None of the first four Los Carnales are required kills, and killing them does not trigger the next objective.

Chase down and kill the Carnales lieutenant![4]

It is impossible to enter the La Fuerza during the Stronghold Mission, but it becomes enterable if the Stronghold is exited or completed. If the mission is exited while the lieutenant is still driving it, he disappears and the vehicle slows to a stop.

If he successfully enters the La Fuerza, he quickly speeds away. There is a Vegas parked nearby that can be used to pursue him. It is possible to shoot the lieutenant through the window, or to destroy the La Fuerza completely.

He first heads east follows the road north to Mission Beach, then turns left at the Freckle Bitch's, then immediately right onto the dirt road after the freeway entrance. He follows the dirt road onto the beach, and heads west until he crashes into the bridge and gets out of the vehicle and attacks The Protagonist. At this point it is easy to run him over, or attack him on foot.

Athos Bay is unlocked for completing the first Stronghold in the game.

The Stronghold can be failed by getting Smoked, Busted, or losing the lieutenant.[5]

Rumor is an old liquor store is being used as a Carnales hide out...why don't you go over there and check it out?

— Troy to The Protagonist, in a phone call before starting the Stronghold.

The Carnales have been hiding out inside an old store. Until we clean that building out, there's no way we can hold down the Row. 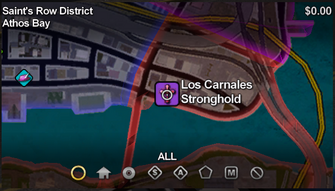 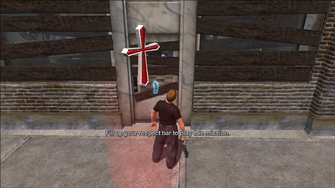 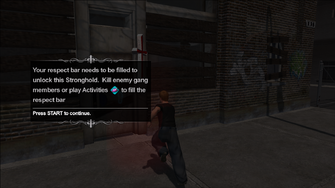 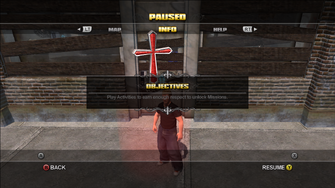 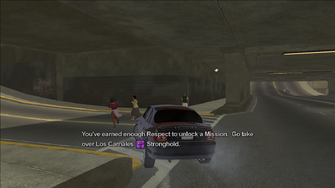 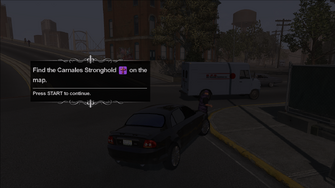 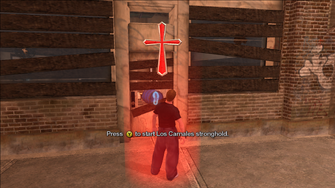 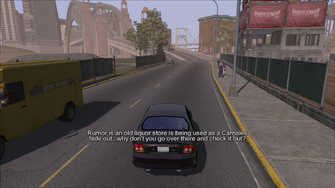 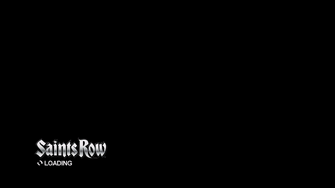 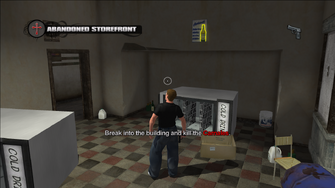 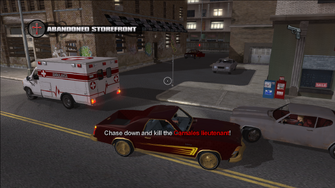 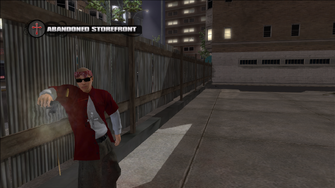 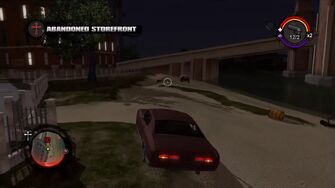 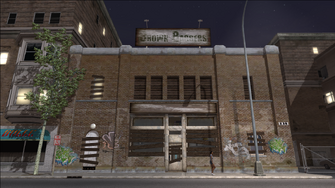 There is a Brown Baggers sign on the roof 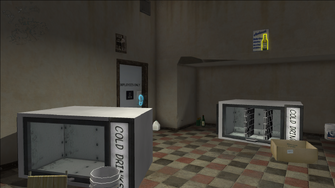 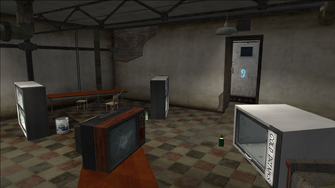 Abandoned Storefront - back room outside mission 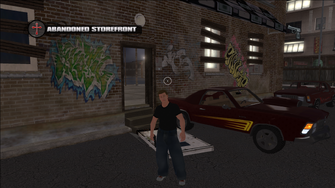 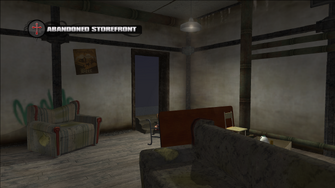 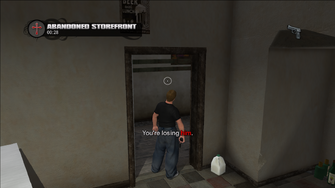 Abandoned Storefront warning - You're losing him 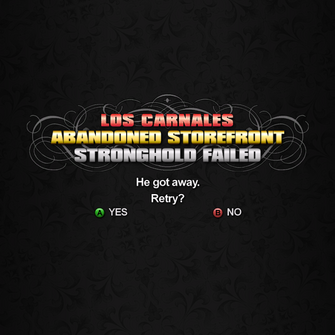 Abandoned Storefront failed - he got away

This article contains no references. See Help:Cite.
Retrieved from "https://saintsrow.fandom.com/wiki/Abandoned_Storefront?oldid=413252"
Community content is available under CC-BY-SA unless otherwise noted.