The AS14 Hammer is a weapon in Saints Row 2.

An updated model of the AS12 Riot in Saints Row, the AS14 Hammer has a high rate of fire, but the lowest damage per pellet out of any shotgun. Some Sons of Samedi carry it and it costs $10,000 from Friendly Fire.

Ultor invented this fully automatic shotgun for users with no concern for civilian mortalities, only to see their target blown to pieces.[1] 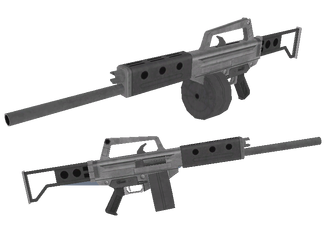 AS14 Hammer viewed in a model viewer 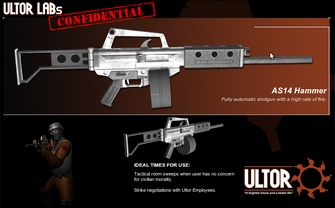 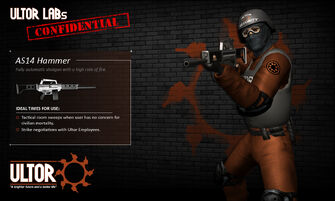 The Daewoo USAS-12, which the AS14 Hammer resembles 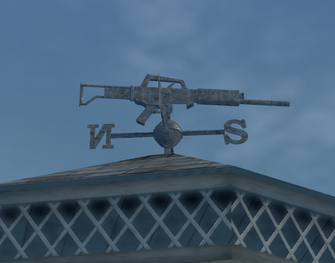 AS14 model on weather vane

This article contains no references. See Help:Cite.
Retrieved from "https://saintsrow.fandom.com/wiki/AS14_Hammer?oldid=426045"
Community content is available under CC-BY-SA unless otherwise noted.