The AS12 Riot is a weapon in Saints Row.

The AS12 Riot is a semi-automatic, gas operated shotgun. It packs a strong punch that can kill an enemy up close in a single shot, and in 2 to 3 shots at medium range. It is particularly good for destroying vehicles and Police Choppers, making it an appropriate weapon to use in the Trafficking Activity. The more powerful Platinum AS12 Riot is unlocked by completing the Chinatown Hitman Activity. 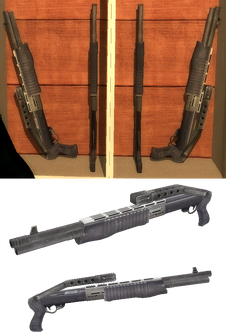 The SPAS-12, which the AS12 Riot resembles 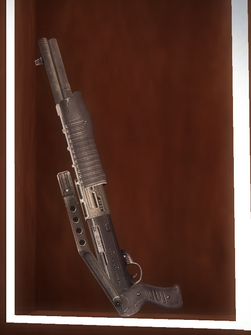 This article contains no references. See Help:Cite.
Retrieved from "https://saintsrow.fandom.com/wiki/AS12_Riot?oldid=423225"
Community content is available under CC-BY-SA unless otherwise noted.