The AR200 SAW is a weapon in Saints Row 2 and Saints Row: Total Control.

It holds 100 rounds which run out in about 8-10 seconds. Used as a mounted weapon in the back of a Side Shooter.

The sound of one shot from an AR200 SAW. 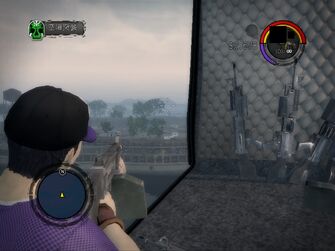 AR200 SAW in the back of a Side Shooter 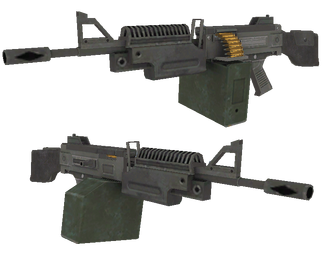 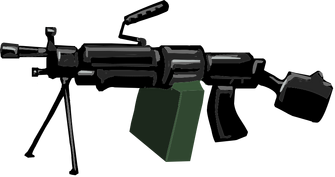 This article contains no references. See Help:Cite.
Retrieved from "https://saintsrow.fandom.com/wiki/AR200_SAW?oldid=424444"
Community content is available under CC-BY-SA unless otherwise noted.