The AR-50 w/Grenade Launcher is a weapon in Saints Row 2.

This rifle is essentially the same as an AR-50 XMAC, but with an underslung grenade launcher which is used for secondary fire. The "grenades" it uses are whatever is currently in the Thrown slot, which explode on impact regardless of type. The number of grenades left is not displayed while using this weapon.

This weapon is unlocked after obtaining 3 Gold Diversion stars in Gang Kills, plus at least 1 Bronze star in all other Combat Tricks. It is never available from Friendly Fire, although ammunition is sold there.

While laundering stolen Ronin money,[1] the AR-50 W/ Grenade Launcher is purchased from the Arms Dealer outside King's Grocery. It is removed from the inventory after completing the mission, but it is possible to exit the mission and keep it. This weapon is also used with unlimited ammo during the later part of the mission while protecting the Fence.

It is also used while protecting Julius as he goes to Thalia Amphitheatre.[2] 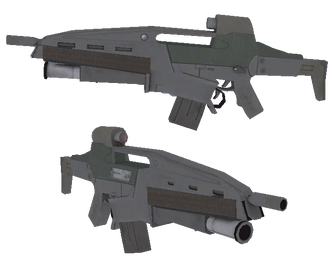 AR-50 with Grenade Launcher viewed in a model viewer 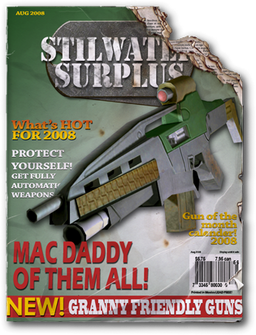 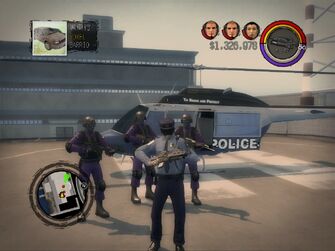 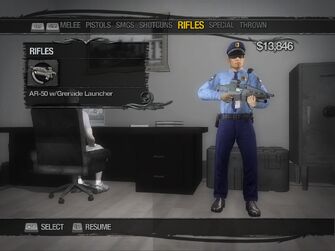 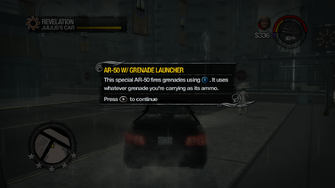 This article contains no references. See Help:Cite.
Retrieved from "https://saintsrow.fandom.com/wiki/AR-50_w/Grenade_Launcher?oldid=426044"
Community content is available under CC-BY-SA unless otherwise noted.