The AR-50 XMAC is an updated model of the AR-40 Xtnd, which has the highest rate of fire and also the highest damage per second of all rifles. The Masako are the only force which use this rifle during missions.[which?] It shares the same sound effect as the T3K Urban, but with a higher pitch.

There is also a AR-50 w/Grenade Launcher, which uses the grenades in the Thrown weapon slot. 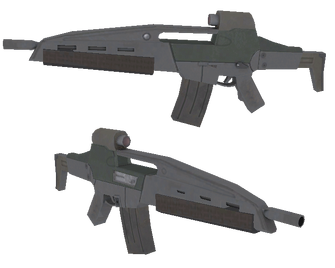 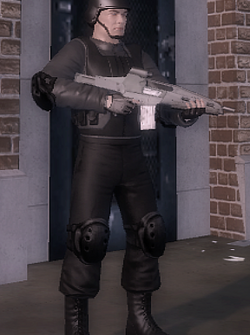 The AR-50 XMAC while standing 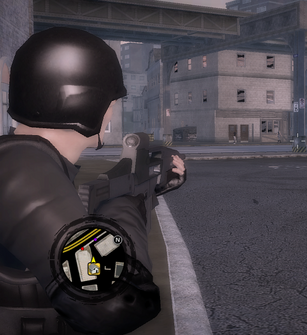 The AR-50 XMAC while in Fine Aim 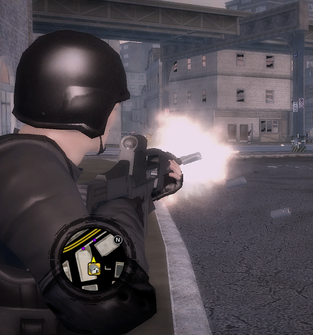 The AR-50 XMAC being fired while in Fine Aim

This article contains no references. See Help:Cite.
Retrieved from "https://saintsrow.fandom.com/wiki/AR-50_XMAC?oldid=426043"
Community content is available under CC-BY-SA unless otherwise noted.