The station primarily plays a mixture of pop punk, indie rock, and post-hardcore.

Paul Driscol[3] is the DJ for Generation X in Saints Row.

Veteran Child is the DJ for Generation X in Saints Row 2, until Ultor takes over the station following the mission Veteran Child.

Following the mission Veteran Child, Ultor purchases the station and renames it "89.0 Ultor FM". The DJ for Ultor FM is the Ultor computer. The tracklist stays the same, but callers often comment on the new DJ being strange.[5][6][7]

Shaundi, this one's for you, Plain White T's with Hate

General, if you're listening, I don't hate you, we're cool, okay?

Thanks for the advice, Alice

— Veteran Child, before playing "Lying Is The Most Fun", alluding to the film Closer

You know who's a cog in this murder machine? Mr. Sunshine.

— Veteran Child, after playing "Lying Is The Most Fun"

DJ Veteran Child: "This is Veteran Child, what you want to hear next on Gen X?"
Shaundi: "Misery Business, by Paramore"

Matt: "Hey Veteran Child, when are you going to start playing the Feed Dogs?"
DJ Veteran Child: "I don't know, when they stop sucking?"

— DJ Veteran Child, before playing "Put Your Money Where Your Mouth Is"

You're never gonna hear the Feed Dogs on Gen X!

— DJ Veteran Child, before playing "What You Need"

— Ultor Announcer before playing Let Me In

Now on Ultor FM, one of Dane Vogel's favourite bands, Minus The Bear, with Knights

— Request before "Face Down"

Is this a fucking recording?

— Caller requesting "Hole in the Earth"

This station is so creepy now

What a piece of shit

This station returns in Saints Row: The Third, changing its style to a more indie sound this time.[10]

Tatiana is the DJ for Generation X in Saints Row: The Third.

That was Stupid Grin, you know, like the look people get on their faces when they listen to pop music

This station returns in Saints Row IV, once again changing its style to a more electronic and noise rock sound.

Tommy Macher[11] is the radio host for 89.0 Generation X in Saints Row IV.

This is why they call me the Taste Maker.

— One of Tommy's introductions for "Tightrope"

Although there are no Radio Stations in Saints Row: Gat out of Hell, the Gen X sound bank exists, and contains 11 tracks, mostly heavy metal. 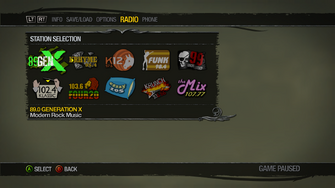 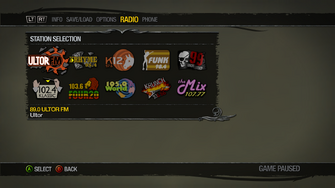 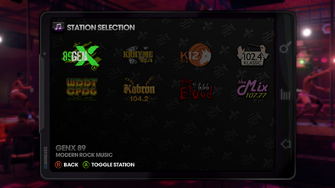 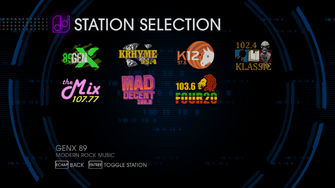 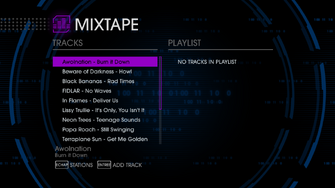 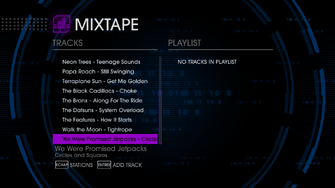 This article contains no references. See Help:Cite.
Retrieved from "https://saintsrow.fandom.com/wiki/89.0_Generation_X?oldid=425377"
Community content is available under CC-BY-SA unless otherwise noted.