Located in the center of the neighborhood Port Pryor, in the district of Carver Island in Steelport, 3 Count is one of the largest casinos in the city.

It is unlocked as a Stronghold Crib after the mission "3 Count Beat Down".

The 3 Count Casino itself is not accessible after becoming a Saints Crib.

After unlocking the Stronghold Crib upon completion of "3 Count Beat Down", 3 Count has two upgrades.

The first upgrade for the Stronghold Crib costs $80,000 and unlocks:

The second, and final, upgrade for the Stronghold Crib costs $160,000 and unlocks: 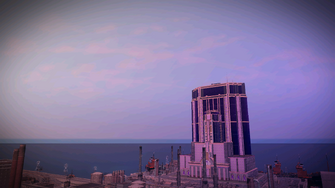 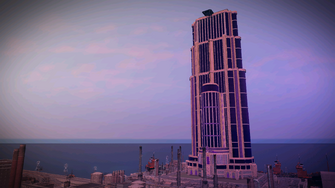 This article contains no references. See Help:Cite.
Retrieved from "https://saintsrow.fandom.com/wiki/3_Count?oldid=424686"
Community content is available under CC-BY-SA unless otherwise noted.