In Saints Row 2 it plays mostly new wave, classic rock and pop, there are advertisements throughout Stilwater, and The Mix's logo can also be put into clothing.

Darius Masters is the host of The Mix in Saints Row 2.

You're listening to Darius Masters on The Mix, and here's another 80s classic!

"Big" Ben is the host of the station in Saints Row: The Third, who often talks about his ex-wife, and also states that he is best at missing out on things such as music concerts and his son's graduation. Like all other DJs, he also accepts song requests from listeners.

In Saints Row: The Third, The Mix's format has changed from 80s pop and rock to a wider variety of music. This range includes 80s and 90s rock, pop and hip-hop.

"KG"[8] is the overly optimistic host of The Mix in Virtual Steelport, and acts like a generic throwback station host.

— One of KG's introductions for "Oh Shit" 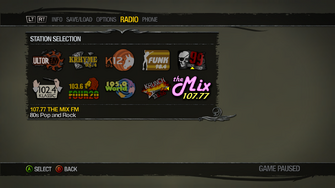 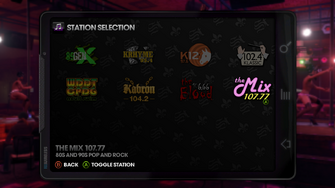 The Mix 107.77 description in Saints Row: The Third 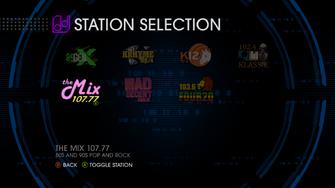 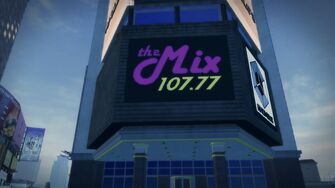 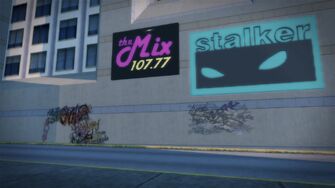 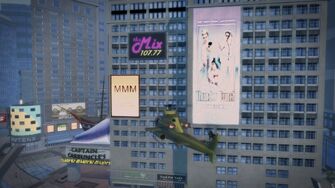 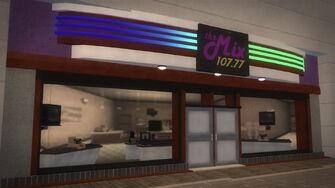 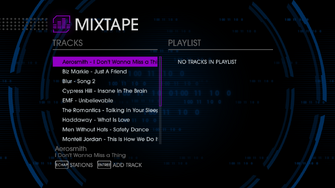 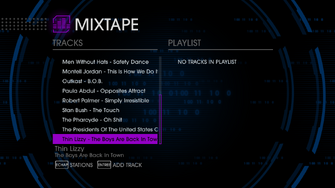 This article contains no references. See Help:Cite.
Retrieved from "https://saintsrow.fandom.com/wiki/107.77_The_Mix_FM?oldid=424213"
Community content is available under CC-BY-SA unless otherwise noted.